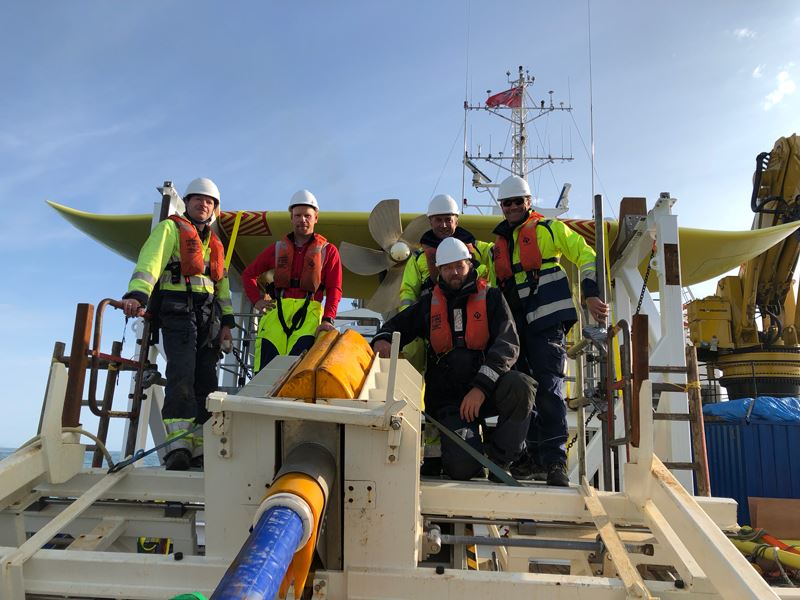 Europe's and the world's leading ocean energy developers gathered in Edinburgh for the annual Ocean Energy Europe (OEE) conference this week. OEE is one of the most important events on Europe’s ocean energy calendar, providing companies with the opportunity to raise their profile and network with key decision-makers, investors and influential entrepreneurs in the sector.

Finance Secretary of Wales Mark Drakeford AM delivered the keynote speech at the conference, in which he set out Wales’ ambition to become a leading country in the development of marine energy.

The Finance Secretary said: “We are striving to make Wales a leading player in the marine energy field with energy generated from waves and the tide playing an important role in our ambitions for a low-carbon economy. Our aim is to generate 70% of our energy from renewable sources by 2030. The marine energy sector can play a significant role in helping Wales achieve this target and will be closely aligned with Wales' First National Marine Plan. All this underpins our ambition to build a thriving industry generating well-paid jobs and business opportunities in Wales. We want to continue to attract developers from around the world to our Welsh waters.”

Wanted: Engineers who want to join the climate change fight

Minesto is looking for engineers to join us on our journey to build a more sustainable future. Are you or do you know someone that is inspired by the challenges involved with moving technology frontiers forward? We have four vacancies with location in Gothenburg. Read more about the vacancies here.

We are also looking for a Procurement Administrative Assistant to our Holyhead office. Read more about that opportunity here.

Bill Gates, Chairman of Breakthrough Energy Ventures, said: “We need new technologies to avoid the worst impacts of climate change. Europe has demonstrated valuable leadership by making impressive investments in R&D. The scientists and entrepreneurs who are developing innovations to address climate change need capital to build companies that can deliver those innovations to the global market. Breakthrough Energy Europe is designed to provide that capital.”

Breakthrough Energy Europe is expected to be operational in 2019. Half of the equity will come from Breakthrough Energy and the other half from InnovFin, a financial instrument funded through Horizon 2020, the EU's current research and innovation programme.

Read the full press release from the European Commission here.

The week before last, Swedish national TV4 News broadcasted a report featuring Minesto in its newscasts. In the report CEO Dr Martin Edlund is interviewed and it highlights Minesto’s subsea kite technology and the ongoing commissioning activities of the company’s first utility-scale installation off the cost of North Wales. See the report here.

And earlier this week Swedish magazine Ny Teknik, which covers various topics in the fields of technology and engineering, published an article about Minesto, the progress made in Wales over the last months and company's activities to establish its Deep Green technology on the market. The article is available for Ny Teknik subscribers here. 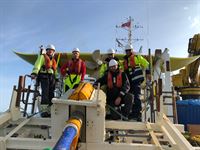