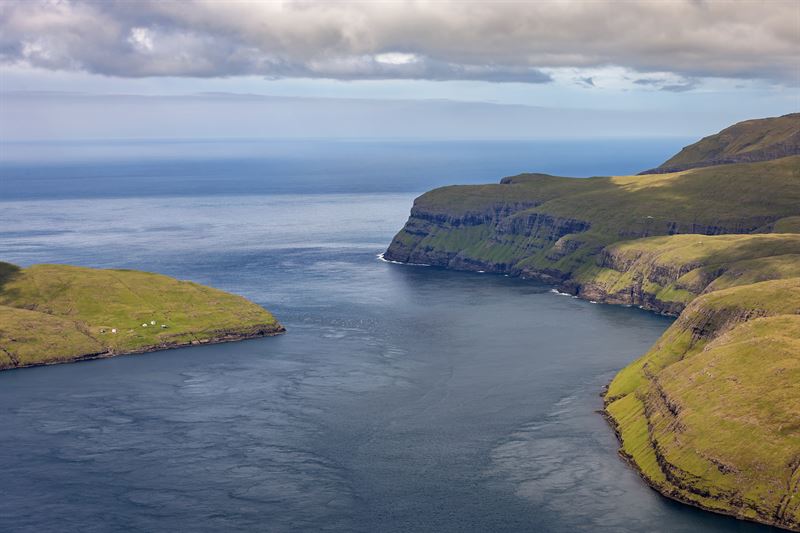 Swedish marine energy developer Minesto has signed a collaboration agreement with the main power generator and distributor on the Faroe Islands, SEV, for two installations of Minesto’s DG100 model. The agreement also includes a power purchase agreement through which SEV commits to purchase the electricity generated by Minesto’s tidal energy converters.

“We are delighted to have signed this agreement with SEV, an advanced customer with a pioneering energy transition agenda and a world-class tidal energy resource. With Minesto’s technology, they can add a predictable and affordable source of clean energy with the potential to play a significant role in Faroes Islands’ transition to 100 percent renewable energy by 2030”, said Dr Martin Edlund, CEO of Minesto.

The collaboration agreement between Minesto and SEV covers the installation, commissioning and operation of two grid-connected units of Minesto’s DG100 model, part of the company’s unique subsea kite technology called Deep Green. Through a power purchase agreement SEV commits to buy the electricity generated by the tidal energy converters.

SEV will also provide required infrastructure such as grid connection and resources for consenting processes. Site development is in progress and a site has been identified in Vestmannasund, a strait in the North West part of Faroe Islands.

The collaboration is the first phase of a long-term ambition to add further tidal energy capacity by Minesto’s Deep Green technology to the Faroe Island’s energy mix, which is estimated to approximately 30–70MW installed capacity. The Faroe Islands have set a goal of producing their entire electricity need from renewable energy sources by 2030, including transport and heating.

“As a remote island society, we don’t have the option of buying electricity from neighbouring countries. We need to create the opportunities for a sustainable future ourselves. Therefore, we are in continuous process of revising our road map to 100 percent clean energy. For the last year, we have carried out tidal stream measurements, as tidal energy at the right cost level can be one important piece of the puzzle, and we are looking forward to exploring that opportunity further together with Minesto and their innovative technology for converting tidal stream energy to clean electricity”, said Hákun Djurhuus, CEO of SEV.

Installation of the first DG100 unit is planned for late 2019 or early 2020, with the following unit to be installed in 2020. The project will be financed through a mix of equity and resources from Minesto and SEV together with public funding grants.

The information in this press release is such that Minesto AB (publ) shall announce publicly according to the EU Regulation No 596/2014 on market abuse (MAR). The information was submitted for publication, through the agency of the contact person set out above, at 08:00 CET on 12 November 2018.

The power company SEV is an inter-municipal community, which is owned by all the municipalities in the Faroe Islands, and therefore by all the Faroese people.

SEV is based on joint and several liability, a democratic organisation. Most of the profit, from sales of electricity, is spent on future developments of supply productions and the power supply system. In this way everybody enjoys the profit, and developments can be carried out parallel to progress in society, which requires more demand for electricity.

SEV is obliged to supply to all citizens, companies, and organisations with power supply 24-hours a day. SEV has sole responsibility for power quality and the power supply system in the Faroe Islands.