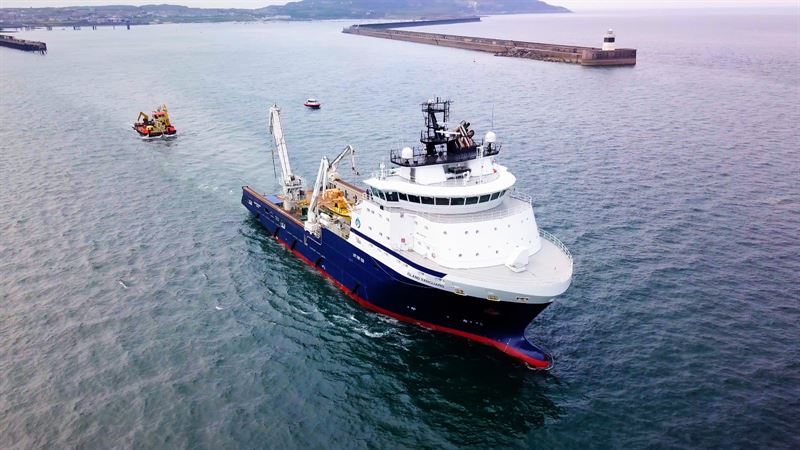 Marine energy developer Minesto has completed the second offshore installation phase of its DG500 project in Wales. Having installed the tether, micro grid system buoy and umbilical, all supporting components and systems needed to deliver the power produced by Minesto’s first system of the unique Deep Green technology in Utility Scale are now in place.

“We are very pleased to have finished this second step towards commissioning our DG500 device in Holyhead Deep”, said Minesto’s Chief Operating Officer David Collier. “The offshore operations team in Holyhead, with support from colleagues in Sweden and Northern Ireland, has made great efforts in executing the installation activities undertaken so far in a safe and resourceful way.”

Installation of the micro grid system (MGS) buoy that will be used to handle and analyse electricity generated by Minesto’s DG500 marine energy converter was followed up with installation of the tether, which connects the power plant to the seabed foundation as well as holding power and data communications cables.

After that, the umbilical connecting the DG500 device with the MGS buoy was installed, completing the balance of plant installation works at the Holyhead Deep site.

Minesto was founded in 2007 and has offices in Gothenburg, Sweden, Holyhead, Wales and Portaferry, Northern Ireland. The major shareholders in Minesto are BGA Invest and Midroc New Technology. The Minesto share (MINEST) is traded on the Nasdaq First North Stockholm stock exchange, with G&W Fondkommission as Certified Adviser.