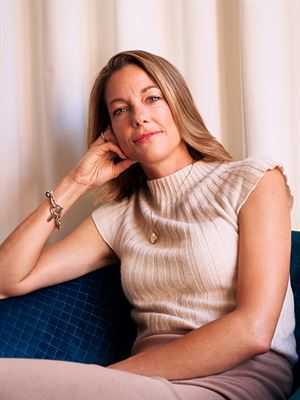 MTG has today entered into an agreement for the acquisition of the New Zealand based mobile games developer Ninja Kiwi, which was first announced to be in negotiation on 14 January 2021. The acquisition of Ninja Kiwi marks an important next step in the build-up of a diversified gaming segment with high-quality gaming companies and is in line with MTG’s strategy to drive value creation through organic growth and strategic M&A. Ninja Kiwi broadens MTG’s gaming vertical to cover a new gaming genre, tower defense strategy games, with a total of approximately 140 million downloads to date and 6.2 million monthly active users. After completing the acquisition, MTG holds strong positions in the city building and strategy genres through InnoGames, mobile racing through Hutch, idle games through Kongregate and tower defense through Ninja Kiwi.

“Ninja Kiwi has popularized the entire genre of tower defense games, and continues to pioneer it. Its evergreen Bloons IP and gaming platform has introduced millions to the tower defense genre, combining puzzle and strategy elements in games developed mainly for mobile platforms.”

”The strong organic traffic to Ninja Kiwi’s portfolio of games is hugely impressive, as is the company’s successful combination of paid and in-app purchase models in its pricing structure - both are testament to the quality of the titles that Ninja Kiwi has created. We’re very pleased that Ninja Kiwi is joining MTG and our growing gaming vertical, further broadening our offering through the introduction of a new genre,” she added

“We are genuinely excited to join MTG. We have developed our relationship over a number of years and have often discussed the opportunities of working together.”

“By joining MTG we will gain access not just to resources to further develop our existing games and launch new ones, but also to the wealth of skills and know-how across the companies within MTG’s GamingCo that will allow us to deliver even better games to our longstanding community. We’re particularly excited about the timely opportunity to work with ESL Gaming as we are pleased to officially announce that Bloons TD Battles 2 will launch later this year,” they said.

Founded in 2006 by brothers Chris and Stephen Harris, Ninja Kiwi’s success has been built around a passion for gaming, which in turn helped create a strategy gaming subgenre. While it’s generally agreed that the first tower defense game was available for Atari in 1990, Ninja Kiwi can boast that they developed and launched one of the first commercially successful tower defense games in 2007, when they launched the first Bloons TD game.

Tower defense is a genre within strategy and puzzle games, in which players eliminate waves of enemies by building defense towers. The number of enemies increases with each wave of attacks on the tower defense; defeated enemies yield cash or other resources necessary for the player to build new towers in strategic locations, with different towers often having unique and specific abilities. Towers can be upgraded by players for collected resources, through spending of in-game resources or through in-game purchases.

Ninja Kiwi today has over 70 employees working for the company from the headquarters in Auckland, New Zealand and their offices in Dundee, Scotland.

Over the 14 years since Bloons was originally launched, it has become an incredible success with each sequel becoming more successful than the last one. Today, Bloons functions more like a platform, with a number of successful titles existing within the Bloons universe. Ninja Kiwi’s games have been downloaded approximately 140 million times to date, with a total of more than 1.1 million daily active users and 6.2 million monthly active users. Bloons is available to download on all major mobile platforms, as well as on Steam and MTG’s gaming vertical company Kongregate's platform.

Rationale for the acquisition

The acquisition of Ninja Kiwi adds an attractive portfolio of games within the tower defense genre - including the evergreen Bloons platform - and knowledge to MTG’s other games development and publishing studios. Furthermore the acquisition contributes to MTG’s overall strategy of continued growth through both strategic acquisitions and organic initiatives. MTG sees continued strong growth opportunities and synergies through Ninja Kiwi’s game titles and the Bloons IP. Ninja Kiwi’s strong competence within game development may also be combined with MTG’s deep knowledge of the free-to-play genre, opening for further increased user acquisition rates and LTVs (lifetime value) for existing and new titles.

The acquisition of Ninja Kiwi marks the fourth material investment in a gaming company by MTG and the second made through the new gaming holding company announced December 7 2020.

The sellers are also entitled to earn-out payments contingent upon meeting certain profitability targets. The total earn-out is performance based and is estimated to amount to approximately SEK 406 million (NZD 68 million) over three years, resulting in a total consideration of approximately SEK 1,623 million (NZD 270 million) on a cash and debt free basis. The earn-out consideration will be paid in a mix of cash and class B shares in MTG (which will be subject to a 12 months lock-up undertaking, with customary exceptions, from the time of each earn-out payment). Based on the current estimate of the earn-out, 73% will be paid in cash and 27% in class B shares in MTG.

Conditions and time plan for the acquisition

The acquisition of Ninja Kiwi is conditional upon receipt of regulatory approvals and completion is expected in Q2 2021.

The presentation will be audiocasted on link below:

Please note that only dial in participants can ask questions in the Q&A session.

MTG has appointed E&Y as financial advisor, and Gernandt & Danielsson Advokatbyrå, Norton Rose Fulbright and Bell Gully as legal advisors in connection with the Transaction.

Paxton-Penman et al have been advisors to Ninja Kiwi in connection with the Transaction.

MTG (www.mtg.com) is a strategic and operational investment holding company in esports and gaming entertainment. Born in Sweden, the shares are listed on Nasdaq Stockholm (‘MTG A’ and ‘MTG B’).

Ninja Kiwi® is a leading developer and publisher of games for mobile, console, and desktop – games such as Bloons® TD 6, Bloons® TD Battles, and SAS: Zombie Assault® 4. Founded in 2006, Ninja Kiwi is a 70 person company with headquarters and game development in Auckland, New Zealand, a second game development studio in Dundee, Scotland. Please visit https://ninjakiwi.com/ and https://www.facebook.com/ninjakiwigames/ for more information and community news. 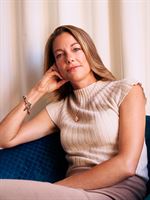