MTG completes the acquisition of Ninja Kiwi, the leading tower defense gaming studio and publisher and maker of Bloons 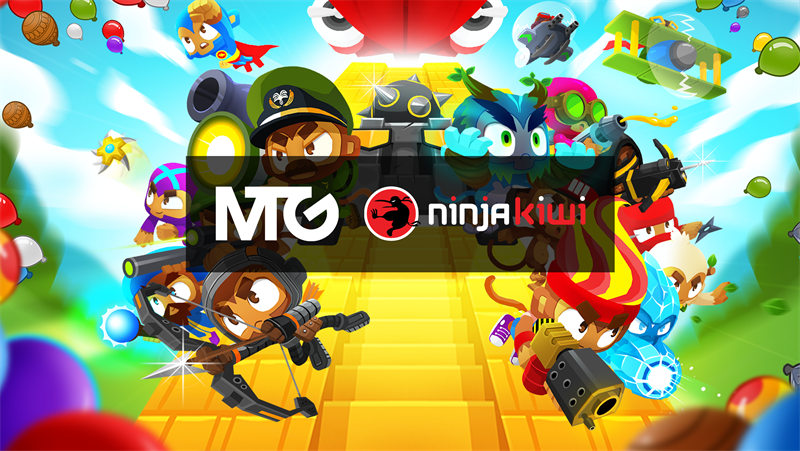 STOCKHOLM, June 1, 2021 — Modern Times Group MTG AB (publ) (“MTG”) has completed the acquisition of 100 percent of the shares in leading tower defense gaming studio and publisher Ninja Kiwi Limited (“Ninja Kiwi”), which was announced through a press release on 24 March 2021.

Since the announcement of the acquisition, Ninja Kiwi has continued to deliver on its strategy, resulting in continued strong performance from the company. In March 2021, Ninja Kiwi’s title Bloons TD 6 crossed the threshold of SEK 603 million (NZD 100 million) lifetime revenue. With its new game Bloons Pop due for imminent release and the long-awaited Battles 2 game releasing in late 2021, the company is set for further growth.

The new share issue was resolved on the date hereof by the board of directors of MTG based on the authorization granted at the Extraordinary General Meeting held on 18 May 2021. The reason for the deviation from the shareholders’ pre-emption right is to allow MTG to fulfill its commitments in connection with the acquisition of Ninja Kiwi. The subscription price per share amounts to the equivalent of SEK 121.9, corresponding to the volume-weighted average price of the class B shares on Nasdaq Stockholm during 24 February – 23 March 2021. Through the new issue of the shares, the share capital of MTG will increase by SEK 22,179,680. The newly issued shares were subscribed and paid for by set-off by the sellers on the date hereof. The sellers of Ninja Kiwi have entered into lock-up undertakings which means that the sellers, subject to certain exceptions, undertake not to transfer, pledge or otherwise dispose of the class B shares issued as part of the upfront purchase consideration during a lock-up period of between one and three years, with parts of the class B shares being released from the lock-up gradually during such period (and any class B shares issued as part of any earn-out consideration will be subject to a one year lock-up). The new issue of shares will lead to a dilution for the current shareholders in MTG of approximately 4 percent on a fully diluted basis (i.e., based on the total number of shares and votes registered in MTG after completion of the share issue in relation to the transaction).

As previously communicated, the sellers may receive an earn-out purchase consideration. Ninja Kiwi will be consolidated into MTG’s consolidated financial reporting from 1 June 2021.

For further information regarding MTG’s acquisition of Ninja Kiwi, please see the full announcement on the acquisition made public March 24 2021 available here.

About MTG
MTG (Modern Times Group MTG AB (publ.)) (www.mtg.com) is a strategic acquiror and operator of gaming and esports entertainment companies. Born in Sweden, the shares are listed on Nasdaq Stockholm (‘MTGA’ and ‘MTGB’).

About Ninja Kiwi
Ninja Kiwi® is a leading developer and publisher of games for mobile, console, and desktop – games such as Bloons® TD 6, Bloons® TD Battles, and SAS: Zombie Assault® 4. Founded in 2006, Ninja Kiwi is a 70-person company with headquarters and game development in Auckland, New Zealand, a second game development studio in Dundee, Scotland. Please visit ninjakiwi.com/ for more information and community news.