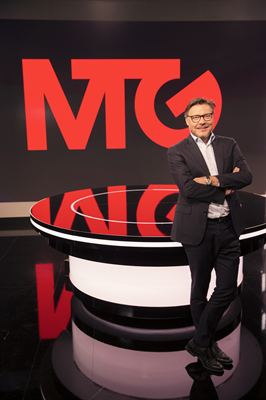 Kongregate, the San Francisco based cross platform games publisher and developer acquired by MTG in June 2017, has acquired 100% of Synapse Games. Founded in 2008, Chicago based Synapse employs a team of 22 and develops free to play strategy and collectible card games.

Kongregate’s biggest success to date, ‘Animation Throwdown: The Quest for Cards’ (2016), was developed by Synapse with Fox Next, Kongregate and Chinzilla Games. The game currently has over 8 million installs and was named one of Google Play’s Best Games of 2016.

Kongregate has been involved with Synapse since 2011 when the studio launched its first web game, ‘War Metal Tyrant’, which has been played 61 million times. The sequel, ‘Tyrant Unleashed’, was released in 2014 for both web and mobile. Other Synapse titles include ‘Global Assault’ (2014), ‘Spellstone’ (2015) and ‘Castaway Cove’ (2017).

Synapse currently has several cross-platform games in development. Kongregate will operate Synapse as an independent studio.

Jørgen Madsen Lindemann, MTG President and CEO: “Synapse has developed some very popular titles and works closely with Kongregate, so it’s natural to bring such great talent under one roof. Synapse is growing fast and is already profitable. We are continuously growing our presence in online gaming and now have multi-platform capabilities in the US and Europe, a global audience network and an exciting pipeline of first party titles, with much more to come.”

Alex Reeve, co-founder and CEO Synapse Games: “Kongregate has been an essential strategic partner for Synapse for over six years. This partnership has been an important part of Synapse's growth, and we couldn't be more excited about joining forces with a company that cares so deeply about games, developers and their awesome audience of players.”

Emily Greer, co-founder and CEO Kongregate, “Synapse has always felt like a member of the Kongregate family, starting with their huge presence and following on Kongregate.com and, more recently, with their expansion into mobile and Steam. I’m thrilled to make them an official part of Kongregate. They share our strong commitment to players and our desire to continue innovating across web, mobile, PC and new platforms.”

Kongregate is a leading cross-platform game publisher and web gaming destination. Kongregate's publishing focuses on free to play mid- and hard-core titles across mobile, Steam, and consoles. Working closely with mobile game developers Kongregate publishing provides consulting, analytics, marketing, launch support, and game features such as cross promotion, guilds, and chat. Kongregate’s mobile games have been downloaded tens of millions of times and have hundreds of millions of gameplays.  Kongregate's web platform features over 100,000 free games played by tens of millions of gamers per month.  Kongregate is a part of leading international digital entertainment group MTG and is based in San Francisco. The company was founded in 2006 by brother-and-sister team Jim and Emily Greer.