MTG’s Nordic Entertainment Group (NENT Group) has been awarded the exclusive rights to show live coverage of Premier League football matches for the 2019/20 to 2021/22 seasons in Sweden, Denmark and Finland. MTG has held the rights since 2010 in Sweden and Denmark, and since 2016 in Finland. The matches will be shown on NENT Group’s TV channels and streaming services, together with extensive local language commentary, highlights, interviews, profiles, archive footage and related programming.

From the 2019/20 season, the number of live Premier League games that can be shown will once again increase. 13% more live games, or 232 live games in total, will be shown on Fridays, Saturdays, Sundays and Mondays, together with midweek games and the popular Christmas and Bank Holiday games. This also includes eight games with a new kick off time of 20.45 on Saturdays.

NENT Group is the one-stop-shop for top class football coverage with a host of exclusive rights including the Premier League, UEFA Champions League, Danish Superliga and many more.

Jørgen Madsen Lindemann, MTG President and CEO: “The Premier League is the most popular national football league in the world, attracting the best players and managers from around the world. It runs almost all year round so provides constant entertainment, and now features even more time slots throughout the week. We are delighted to have extended our successful partnership with the Premier League, and we look forward to providing more coverage for viewers than ever before.”

Anders Jensen, NENT Group President and CEO: “Our Nordic sports portfolio enables us to bring sports fans unique entertainment experiences. Our coverage of English football is unparalleled with the FA Cup, EFL Cup and EFL Championship, as well as the best Premier League teams competing on the ultimate European stage in the UEFA Champions League. Our talented production and commentary teams will deliver the best possible coverage of this extraordinary content for all of our viewers.”

Peter Nørrelund, MTG EVP and CEO of MTG Sport: “We have enjoyed a successful partnership with the Premier League for many years now. It has enabled us to bring our viewers the top players, the toughest matches and the most action-packed seasons of the beautiful game. We have developed long term partnerships with rights holders around the world, in order to ensure that we can offer the very best sports coverage in our markets. These are based on our careful creation and curation of high quality content, using the latest technology and the best on-screen talent.”

Richard Scudamore, Executive Chairman of the Premier League: “Fans in the Nordic countries are hugely passionate about the Premier League with long-held and loyal support for many of our clubs. MTG does an excellent job reaching fans across Sweden, Denmark and Finland with compelling coverage on multiple platforms. We are very pleased this will continue for a further three seasons.”

The usual August to May time slots (UK local time) for live coverage of matches from the start of the 2019/20 season will be as follows over the course of a season:

NENT Group brings millions of fans closer to the sports they love – every shot, every goal, every touchdown, every putt, every punch, every lap, every time. NENT Group shows more than 50,000 hours of the world’s best live sporting action every year on its TV channels and streaming services, including NHL and KHL ice hockey, UEFA Champions League, Premier League, NFL American football, boxing, UFC and golf.

MTG (Modern Times Group MTG AB (publ)) is a leading international digital entertainment group and we are shaping the future of entertainment by connecting consumers with the content that they love in as many ways as possible. Our brands span TV, radio and next generation entertainment experiences in esports, digital video content and online gaming. Born in Sweden, our shares are listed on Nasdaq Stockholm (‘MTGA’ and ‘MTGB’).

This information is information that MTG is obliged to make public pursuant to the EU Market Abuse Regulation. The information was submitted for publication, through the agency of the contact person set out below, at 07.00 CET on 14 June 2018.

About the Premier League

The Premier League produces some of the most competitive and compelling football in the world. The League and its clubs use the power and popularity of the competition to inspire fans, communities, and partners in the UK and across the world. The Premier League brings people together from all backgrounds. It is a competition for everyone, everywhere and is available to watch in 1 billion homes in 189 countries.

Nordic Entertainment Group (NENT Group) is the Nordic region’s leading entertainment provider. We entertain millions of people every day with our streaming services, TV channels and radio stations, and our production companies create exciting content for media companies around the world. We make life more entertaining by enabling the best and broadest experiences – from live sports, movies and series to music and original shows. Headquartered in Stockholm, NENT Group is part of Modern Times Group MTG AB (publ), a leading international digital entertainment group listed on Nasdaq Stockholm (‘MTGA’ and ‘MTGB’). NENT Group is proposed to be listed separately on Nasdaq Stockholm during the second half of 2018.

About the split of MTG

On 23 March 2018 it was announced that the Board of Directors of MTG has decided to initiate a process to split MTG into two companies – Modern Times Group MTG AB and NENT Group – by distributing all the shares in NENT Group to MTG’s shareholders and listing these shares on Nasdaq Stockholm during the second half of 2018. More information about the split of MTG and NENT Group can be found here. 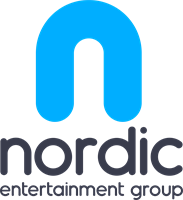