The Drawings of Edward Burne-Jones 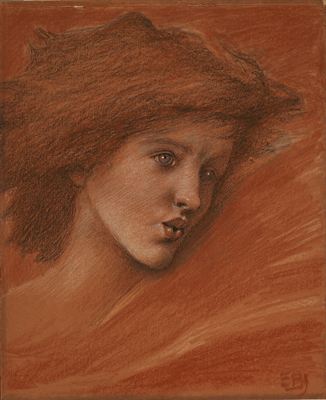 An exquisite selection of drawings by Victorian artist Edward Burne-Jones opens at the Lady Lever Art Gallery from 14 June 2013 to 12 January 2014.

Composed of around 30 delicate drawings and watercolours, The Drawings of Edward Burne-Jones: A Pre-Raphaelite Master is an exploration of the method and skills behind some of his best-known works.

Works too delicate for long-term display will be brought out of storage, including the stunning watercolour, Sponsa de Libano. At more than three meters tall, the spectacular piece is one of Burne-Jones’s most ambitious watercolours, and has not been on public display for almost two decades.

Assistant Curator of Fine Art, Lucy Gardner said: “Burne-Jones was one of the most significant British artists of the 19th century. This exhibition explores his passion for drawing and the painstaking commitment he had to his work.

“Drawn entirely from National Museums Liverpool’s own collection, this is our first exhibition completely dedicated to Burne-Jones.

“The outstanding collection gives a captivating overview of his varied career and an understanding of his ardent belief in art’s ability to inspire and uplift.”

Arranged thematically the exhibition starts with independent drawings, made not with a composition in mind but as artworks in their own right. Tender images of beautiful women with wide, expressive eyes, demonstrate his fascination with female beauty and youth.

These drawings trace some of the changes in the artist’s style which continued to develop throughout his long career. They also point to the influence of Italian Renaissance artists whose work, under the influence of art critic and writer John Ruskin, Burne-Jones fervently studied and admired.

The second section explores the preparatory studies and drawings Burne-Jones produced as research for larger drawings, watercolours and tapestries. It includes studies made for major works such as his Pygmalion Series, The Briar Rose Series and The Wheel of Fortune. They reveal Burne-Jones’ exhaustive method of building compositions.

The content of these well thought out compositional studies also convey Burne-Jones’ passion for Romantic and classical literature. Knights, mermaids, goddesses and beautiful women are all present in drawings inspired by myth and legend.

A number of Burne-Jones windows can still be found in buildings around Merseyside (eg. All Hallows Church, Allerton and Ullet Road Unitarian Church, Sefton Park).

Originally Burne-Jones planned to enter the church and it is clear from this work that religion remained an important drive to his creativity. Similarly the influence of his artistic-pilgrimages to Italy, continue to be present within these designs. (He was once so moved by the work of Michaelangelo he lay on the floor in the middle of the busy Sistine Chapel to gain a more complete view.)

Two watercolours of St Gabriel and St Raphael have a personal significance. They are designs for the stained glass windows of St Margaret’s Church, Rottingdean, Sussex, which Burne-Jones donated to the church to commemorate the marriage of his daughter. The village had a special hold on the Burne-Jones family who had a summer home there, an escape from busy London life.

Also on display are pages from a rare loose-leaf edition of The Flower Book. Comprising of 38 watercolours inspired by folklore flower names, only 300 copies were ever made. The project took more than 16 years to complete, but the dedicated artist worked on it for his own pleasure, commenting he was striving to uncover the ‘secrets’ locked inside each name.

Assistant Curator of Fine Art, Lucy Gardner will be giving free tours of the exhibition on Saturday 15 June at 11am and 2pm. This is the start of an exciting programme of free events to compliment the exhibition and encourage visitors of all ages to explore the work of Edward Burne-Jones. Curator-led talks, adult workshops, craft demonstrations and magical family arts and crafts activities will run during the exhibition.

Sir Edward Coley Burne-Jones (28 August 1833- 17 June 1898) was born and raised in Birmingham and originally destined for the church. He went toOxfordUniversityin 1852, where he met William Morris, who became his lifelong friend and co-worker. When Burne-Jones met Dante Gabriel Rossetti in 1855, Rossetti persuaded him to leave Oxford and become a painter. He had never received substantial artistic training but instead taught himself, eventually building a reputation as one of Victorian Britain’s most loved painters and the leading light in the late 19th century Aesthetic movement. His passion and interest in literature, myth and the imagination embodied the Pre Raphaelite spirit. He was a founder-partner of Morris, Marshall, Faulkner and Co., established in April 1861 to produce individually designed, handmade objects. Burne-Jones’ designs included for stained glass, tapestry and book illustration.

National Museums Liverpool comprises eight venues. Our collections are among the most important and varied in Europe and contain everything from Impressionist paintings and rare beetles to a lifejacket from the Titanic.

Lady Lever Art Gallery houses one of theUK’s finest collections of fine and decorative art. It has the best collection of Wedgewood jasperware anywhere in the world and its collection of Pre-Raphaelite paintings is internationally renowned. 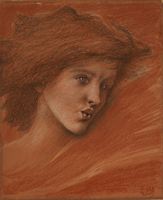