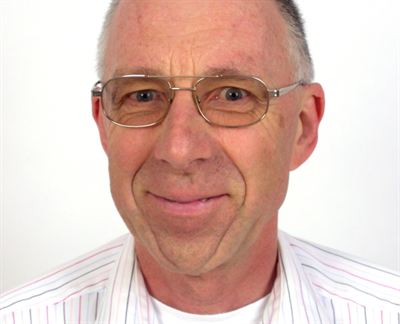 OSLO, NORWAY -- Renowned vitamin K2 researcher, Dr. Cees Vermeer, Professor of the Cardiovascular Research Institute Maastricht, University of Maastricht and CEO of VitaK BV, the long-time research partner of NattoPharma ASA, Oslo, Norway, has been identified as being among the top 2.5% of all scientists worldwide by the independent monitoring agency Research Gate. Recently, Dr. Vermeer has led a research team that studied vitamin K2 menaquinone-7 for three years and that has shown the most significant bone health finding in recent history: vitamin K2, taken daily for the long-term such as a multivitamin, can prevent bone loss/porosity in women -- even after menopause.

Since 2007, NattoPharma has been in an exclusive research and development collaboration with VitaK and the University of Maastricht, working to substantiate the health benefits of natural vitamin K2.

Dr. Vermeer has been lauded for his pioneering work in elucidating vitamin K and vitamin K2, its structure, its nature and its benefits in human health, a specialty of his since 1975. As such, he is considered the world's leading expert on this vitamin, and remains a proponent of the inclusion of vitamin K2 in the diets of people of all ages, worldwide.

The study was performed with MenaQ7®, brand name for vitamin K2 menaquinone-7, i.e. the preferred form of vitamin K2. The study represents part of a long-term collaboration program between NattoPharma ASA, the distributor of MenaQ7, and VitaK, the largest research institute on vitamin K worldwide. NattoPharma’s funding of VitaK’s independent research line on vitamin K2 has resulted in a long-term unbiased investigation demonstrating the health aspects of regular MenaQ7 intake and the underlying mechanism of menaquinone-7 action.

“Thanks to the large investments in fundamental and applied research by NattoPharma, MenaQ7 is by far the best-documented vitamin K2 on the market, globally," says Dr. Vermeer. “Menaquinone-7 has a much higher efficacy than other forms of vitamin K and thus far, MenaQ7 is the only form of vitamin K found to be effective for preventing bone loss at low doses (below 200 micrograms per day – that is the upper legal limit I Europe as of today).”

Commenting about the news of the prestigious distinction awarded to Dr. Vermeer, NattoPharma CEO Hogne Vik, MD, PhD, MBA, says, "Not only does it strengthen our position as the world's leading Vitamin K2 company, it validates and supports our campaign to fight what we see is a vitamin K2 deficiency in many global populations."

Further, Dr. Vik explains, “The R&D agreement with VitaK and University of Maastricht, along with other outstanding medical institutions, secures explorative and clinical results for NattoPharma’s present and future use of MenaQ7. We will continue to stimulate further research of vitamin K2 in both biochemical and clinical settings.”

Frank Bjordal, Board member of NattoPharma and CEO of Eqololgy, a multiple level marketing (MLM) company also with distribution of MenaQ7-containing products within the Nordic region, comments: “The groundbreaking scientific data showing positive impact on bone health and cardiovascular health with daily intake of 180 mcg vitamin K2 (MK-7) is of very high importance for our future design of vitamin K2-containing health products. We will very soon be able to offer our customers vitamin K2-containing products - not with 45 mcg MK-7 that is the commonly found amount – but with 180 mcg – as was used in the data from Professor Vermeer.”

On the basis of the study and its prestigious publication, recently an interview with Dr. Vermeer was published in the Vitasearch. The full interview can be read on: vitasearch.com/CP/experts/VermeerCAT2013-05-06.pdf.

ResearchGate is the world's premier professional network for scientists and researchers. It is a platform that helps researchers build reputation and accelerate scientific progress. It has more than 2.7 million researchers and scientists worldwide.

As a biotechnology-based nutraceutical company, NattoPharma is the worldwide innovator and leader of Vitamin K2 menaquinone-7. Its brand MenaQ7® is supported by a global IPR portfolio and revolutionary research substantiating clear efficacy for bone and cardiovascular health. NattoPharma has since 2007 been in an exclusive research and development collaboration with VitaK, University in Maastricht, The Netherlands, working to substantiate the health benefits of natural vitamin K2. 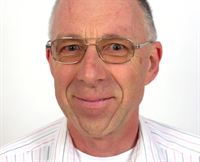