We need all possible ways to tackle climate change — could combustion engines be part of the solution? 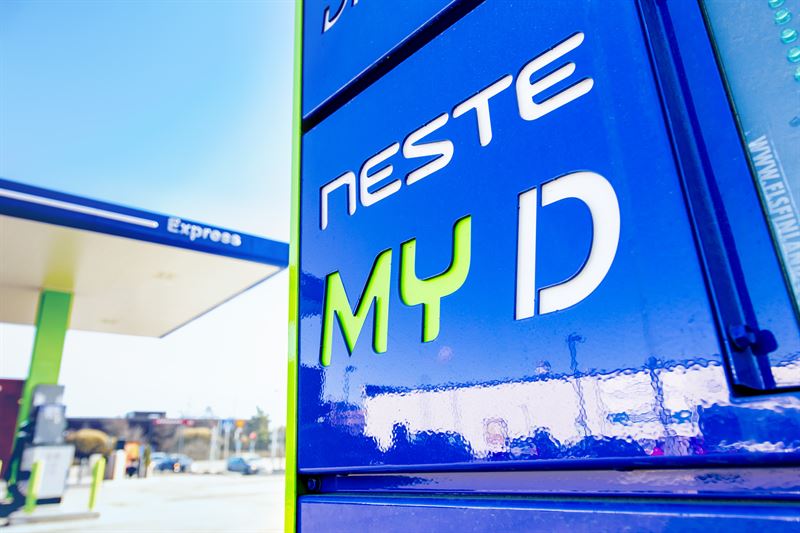 In order to tackle climate change, emissions from road transport must also be reduced. There are many ways to cut down transport-related emissions – could combustion engines be part of the solution?

“Electric vehicles are on their way, and it is a positive thing. We need all possible solutions to tackle climate change. While we have 2.6 million combustion engine vehicles in Finland, there were only 2,000 electric cars on the roads at the end of last year. Since the cars in Finland are older than the EU average, we cannot count on just electric cars in reducing emissions in the next couple of years”, says Markku Honkanen, Head of Technical Services at Neste.

“Electrifying transport is not a simple task and brings with it challenges hard to assess at this point in time. When comparing greenhouse gas emissions we need to take into account the emissions caused by the production of electric vehicles’ batteries, which can be quite considerable. Mining raw materials used in the batteries as well as the actual production process both take up a lot of energy. The estimate is that electric vehicles cause less emissions than cars running on fossil fuels after 60,000 kilometers. What is also crucial, is what the electric vehicle is running on, is it fossil-based or renewable”, Honkanen continues.

The Finnish roads are currently home to approximately 750,000 diesel cars, and last year a quarter of all newly registered cars were diesel-powered. “The fact is that the majority of the cars on Finnish roads during the next decade will continue to be diesel-powered”, Honkanen notes.

Recently the question of whether to ban new combustion engines in the next few years has been a topic of public debate in Finland. One of the reasons for this debate and particularly for banning diesel-powered vehicles has been the poor air quality in Central European cities with dense traffic. Honkanen points out that when it comes to local emissions, diesel engines have systematically developed for the better.

“In the latest Euro VI class the level of nitrogen oxides has basically been reduced to zero in some diesel car models. The amount of particulates has also shrank down to a fraction. It is also good to note that in Finland there are hardly any places where the air impurities caused by traffic rise above the set limits.”

Honkanen emphasizes that air quality and climate politics are two separate things. “We need to be realistic when it comes to the means we have in order to reduce specifically carbon dioxide emissions in combustion engines.”

In the fight against climate change combustion engines are part of the solution, too

“Climate change is the biggest challenge of our times, and the equation for solving it is not a simple one. We need all available solutions to tackle it. Combustion engines running on biofuels are one of the solutions. Biofuels are a cost efficient way to reduce greenhouse gas emissions caused by transport right now. For example with Neste MY Renewable Diesel, motorists can reduce their climate emissions by up to 90% compared to fossil diesel”, Honkanen says.

“Already a fifth of Finnish diesel drivers choose to fuel with Neste MY Renewable Diesel at stations where the product is available. Our target is to further expand its availability to make sure that many more people can reduce their vehicles’ emissions immediately”, Honkanen continues.

“With the help of renewable diesel each and every diesel car could already today be part of the solution which we are trying to reach by replacing combustion engines”, Honkanen adds.

In its campaign #Totuudenhetki (moment of truth) Neste invites Finns to challenge the new government to set ambitious climate targets. An open letter and video can be found at www.totuudenhetki.fi (in Finnish).

Neste (NESTE, Nasdaq Helsinki) creates sustainable solutions for transport, business, and consumer needs. Our wide range of renewable products enable our customers to reduce climate emissions. We are the world's largest producer of renewable diesel refined from waste and residues, introducing renewable solutions also to the aviation and plastics industries. We are also a technologically advanced refiner of high-quality oil products. We want to be a reliable partner with widely valued expertise, research, and sustainable operations. In 2018, Neste's revenue stood at EUR 14.9 billion. In 2019, Neste placed 3rd on the Global 100 list of the most sustainable companies in the world. Read more: neste.com