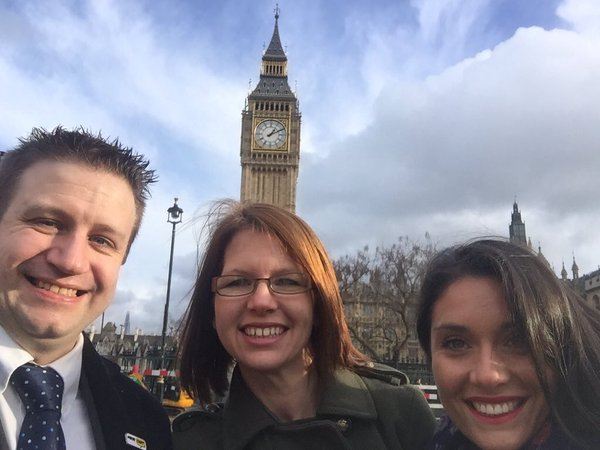 #NurChat was at the forefront of the nurse bursary cuts debate yesterday.  Newcross nurses were specially invited to the House of Commons in London to discuss the decision to cut NHS bursaries and the impact it would have for student nurses, prior to the debate by MPs. Newcross live tweeted the lively debate from the event.

The discussion was filled with people with a range of experience; students, mentors, nurses, speech and language therapists, occupational therapists, and university lecturers to name a few, so it really led the way for an equal discussion with a range of viewpoints. One thing that was obvious from the outset was the passion and concern there is for the NHS and its future.

The discussion opened with a show of hands to see who was and wasn’t opposed to the cuts, only one person agreed with the cuts – a powerful message to share with MPs. Throughout the discussion and debate a number of topics continued to resurface:

“A nursing degree is like no other degree and student nurses are like no other students” was a main argument at yesterday’s round table discussion and debate. Many student nurses are studying, on placements as well as taking on a part-time job to make ends meet, meaning that they are dangerously close to the maximum working directive set out by the EU of working 48 hours per week.

A shocking fact that came to light was that "in one London University, 63% of the University's hardship fund went to student nurses in 2012/13” simply due to the fact that learning plus placement leaves no time for enough additional part-time work to make ends meet.

“People are doing a real job, we don’t shadow”

Students explained the complex work they do while on their placements, ranging from end of life care, cleaning and dressing, wound care, catheterisation to patient support “it’s full time work, plus learning”. Student nurses are meant to be working on a supernumerary basis however many, if not all felt that they never worked on their placement in this capacity and instead were used to fill an employee gap and so to essentially work for free with the removal of the bursary, would be unfair.

"The bursary is recognition of the work we do"

One question that was posed by Paul Scully MP was if student nurses should be on a salary instead of a bursary as "bursaries are gifts, and gifts can be taken away". During the round table discussion this theory was well received and everyone in the chamber agreed that it would be a good idea. One point, however, that was raised both on Twitter and in the Chamber was that a salary can be taxed and therefore, would that leave student nurses in the same predicament?

With 28 being the average age of student nurses, it was pointed out that at this age, people generally have more commitments than younger students such as mortgages, young children and spouses. It was portrayed that in these instances something would have to give and it would more than likely be the ability to study nursing as it would be too financially difficult for many mature students. One MP stated that the Government needs to “incentivise people to go into the profession, not saddle them with more debt”.

Overall, many questions were raised, contemplated and debated and we all eagerly await the Ministers official response to these.  However, one thing that is very clear is that the belief that a complete cut to the NHS Bursary is the answer is shared by few and ultimately, there needs to be some rethinking as to ways to ensure the nursing degree is still accessible and viable for everyone with a passion for healthcare.

Helen Jones MP for Warrington North, closed the debate by stating that the round table discussion was one of the best attended the House of Commons had ever had, and this was down to the passion and concern that people felt regarding these cuts. #NurChat was proud to be part of that debate.

Newcross Healthcare Solutions is a privately-owned healthcare business employing nurses, healthcare assistants and support workers. The business was founded in 1996, with the single aim of providing the highest possible quality of care through well-trained and reliable healthcare professionals. With over 40 branches throughout the UK, and more planned to open in the near future, Newcross now employs over 4,500 permanent members of staff. Newcross supports a wide range of clients in the public, private and third sectors with their healthcare staffing needs, from temporary ad-hoc requirements to permanent, full time teams of specialist staff. The business has evolved at a rapid pace in its 19-year history, but always with the aim of providing a better experience and outcome for both employees and clients. Recent developments include a mobile care assessment app for use by a clinical assessor when creating a personalised care plan for a client in their own home, and free iOS and Android apps for staff to manage their working life with Newcross whenever and wherever they choose.