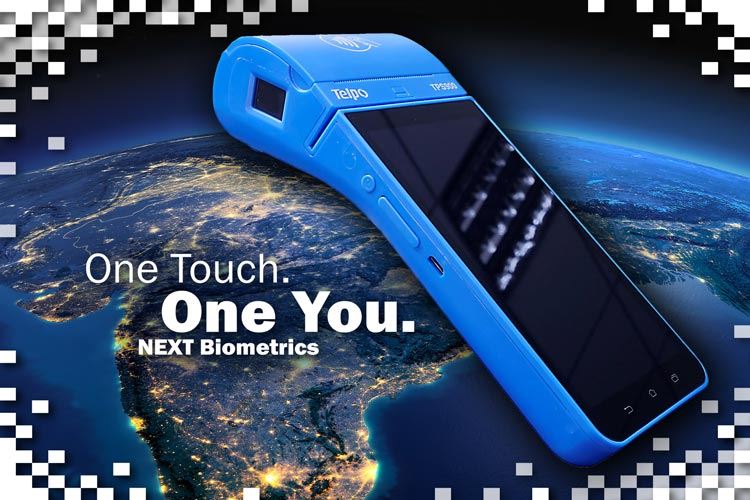 OSLO, Nov. 1, 2018 -- NEXT Biometrics (Oslo Bors: NEXT), a global leader in fingerprint sensor technology, today announced the company has received an order for its fingerprint sensor modules from China-based Telpo (Telepower Communication Co. Ltd.). Telpo is a new customer and will incorporate the NEXT fingerprint module into point-of-sale (POS) terminals for the Indian market where the company is expanding its presence.

Initial shipments of the sensor modules are expected later this quarter. Potential volumes for the application could be several hundred thousand units in the coming quarters.

“NEXT continues to see increased demand for our large-area fingerprint sensor technology from leading companies around the world for a broad set of applications,” said Ritu Favre, CEO NEXT Biometrics. “The security and convenience provided by NEXT’s sensor modules make them an ideal solution for the type of handheld point-of-sale terminals Telpo has developed.”

The sensors, which have been certified by India’s Ministry of Electronics and Information Technology, Standardisation Testing Qualification and Certification (STQC) Directorate, will be built into the Telpo TPS900 POS terminal. Telpo plans to provide the devices to a range of customers in India. The terminals will be used primarily for government applications.

“Telpo’s design strengths and outstanding production capabilities are a good complement to NEXT’s unique fingerprint sensor technology and background as a proven supplier,” said Sunny Sun, general manager International Business, Telpo. “The use of biometric POS terminals in India is expected to grow significantly and we believe we have the right products and technologies to capture that growth moving forward.”

Telpo is the leading Point-of-sale (POS) and intelligent hardware supplier of smart terminals and solutions. Telpo employs a total of 800 people, including more than 150 R&D engineers. The company’s successful ODM experience helps it to meet the needs of customers in technology and business.