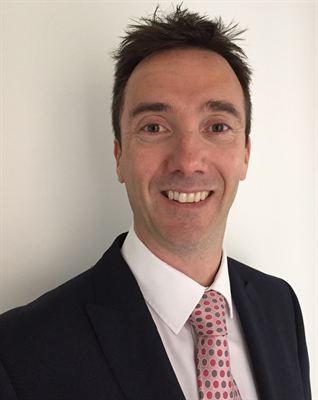 13 July 2015 - Paul McLaughlin has been appointed to the post of chief executive of the Building & Engineering Services Association (B&ES). A first-class honours graduate in electronics and electrical engineering from the University of Glasgow, Mr McLaughlin began his career with international food group Mars, rising to be manufacturing manager at the company’s confectionery production facility in Slough, Berkshire.

He went on to spend 12 years with soft drinks manufacturer Coca-Cola, with which he held senior positions in operations, innovation and quality assurance, before being appointed the company’s commercialisation director for North West Europe.

In January 2008, he became chief executive officer of the newly established trade association Scotland Food and Drink, attracting more than 200 corporate members over the ensuing three years and delivering an industry-wide strategy for growth.

Since 2011, Mr McLaughlin has served as managing director of a specialist food business based in the West of Scotland, as well as undertaking a range of consultancy projects.

He has also been a member of a Scottish Enterprise regional advisory board, and a trustee of a national charity.

Commenting on Mr McLaughlin’s appointment, B&ES president Jim Marner said that the Council of the Association had been impressed by his “strategic and operational ability, business know-how and stakeholder engagement”.

“I believe that Paul has the skills and talents required to address the challenges currently faced by B&ES and the sector it represents, and I look forward to working with him in the months and years to come,” said the president.

Mr McLaughlin confirmed that he was delighted to have the opportunity to bring to B&ES his first-hand knowledge and experience in both a business and member organisation environment.

“B&ES has a long and distinguished history, and I am determined to work with its members and staff to ensure that it remains entirely relevant to needs of the membership and the building engineering services sector,” he said.

Paul McLaughlin, who is 45 years old and married with one daughter, will take up his post on Tuesday 25 August.

Since its formation in 1904, B&ES, the Building & Engineering Services Association (formerly the HVCA) has represented the interests of companies engaged in a wide range of building and engineering services disciplines.

B&ES helps its members to build successful businesses by being the leading trade association for integrated building and engineering services and renewable technologies.  It is a unifying force that promotes and monitors excellence; provides quality advice, guidance, training and support; generates market-leading thinking; and shapes the commercial environment through active representation. 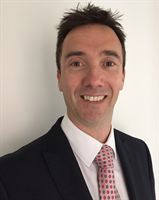