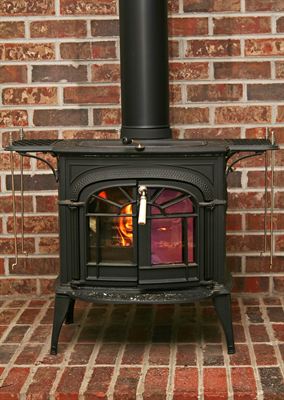 B&ES, the Building & Engineering Services Association, say that it’s vital that homeowners take precautions to keep out of harm’s way from potential lethal levels of carbon monoxide – the silent killer.  Such safety measures may have prevented the tragic death of a young mother that has just been widely reported.

28 July 2015 – Reports following the inquest into the death of a young mother, Kimberley Jones (25), who died in 2013 from carbon monoxide poisoning caused by a defective coal powered heater is a warning that it’s not just gas fired appliances that can result in death from ‘the silent killer’, and that essential safety measures are vital to help prevent such needless tragedies.

Kimberley Jones was spending the first night in her new home purchased for her by Ms Jones’ parents; she moved into the semi-detached home in Cwmbach, South Wales, early to begin cleaning and decorating the house and nursery for her six-month-old son.

South Wales Police had called in professional plumbing and heating engineer Howard Reed to undertake an incident investigation on their behalf, and conducted an examination of the heater and connected chimney flue.  It was his opinion that the heater’s airways had not been cleaned for 'probably four or five years' commenting that, “The fire appliance leaked lethal amounts of gas after debris blocked the fireplace's airway, meaning emissions could not escape.” The inquest heard that carbon monoxide levels were 16 times above the acceptable limit.

B&ES, the Building & Engineering Services Association, say that it’s vital that homeowners take precautions against the build up of potentially lethal levels of carbon monoxide in the home.  They say that such safety measures may have prevented the tragic death of this young mother.  Mark Oakes, spokesman for B&ES, said, “The first line of defence against CO poisoning and the most important thing you can do to keep you and your family out of harm’s way is to ensure that all fuel burning household appliances such as the boiler, cooker or fire and any connected flues or extraction systems in the home are regularly maintained to keep them operating in safe working order and subject to annual safety checks by a qualified engineer.  For gas this should be a Gas Safe Registered engineer, for oil an OFTEC member and for solid fuel a HETAS member.

“Never attempt to install or service an appliance yourself and make sure that all chimneys and flues are swept regularly by a qualified sweep who is a member of the National Association of Chimney Sweeps (NACS) or one of the other associations representing professional chimney sweeps.

“A second but important line of defence is to fit one or more CO alarms. As you cannot see or smell carbon monoxide fitting a European Standard certified audible carbon monoxide alarm is a low cost but potentially life saving device. CO alarms are widely available to buy online or through electrical, hardware and home improvement stores and cost as little as £15.”

For information about the services offered by B&ES members in the residential sector visit: www.trustmark.org.uk.

Since its formation in 1904, B&ES, the Building & Engineering Services Association (formerly the HVCA) has represented the interests of companies engaged in a wide range of building and engineering services including domestic heating and renewable technologies.

B&ES members who undertake gas installations are registered with Gas Safe – the gas safety watchdog body – and are also members of TrustMark, the Government-endorsed scheme designed to direct customers towards reliable tradespeople.