STAY SAFE FROM THE SILENT KILLER THIS WINTER 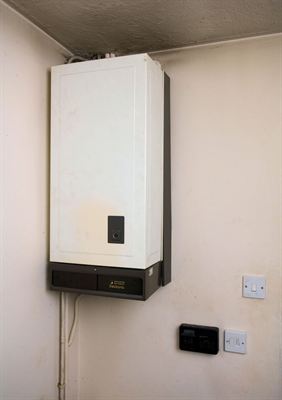 21 January 2016 – Many household heating appliances will have been in full use during the current cold snap with sub zero temperatures around the country. And it’s during such cold spells that incidents of CO poisoning in the home rise dramatically. And, as BESA, the Building Engineering Services Association, point out, the Government’s laudable initiatives to encourage householders to improve the insulation of their homes will actually mean there is an even greater threat of CO poisoning due to the increased air-tightness of homes.

BESA has just issued some vital information on the tell-tale warning signs to look out for and the two very important things you should do to keep you and your family out of harms’ way from the ‘the silent killer’. Chief executive Paul McLaughlin, said, “Carbon monoxide is a colourless, odourless gas that causes the accidental deaths of approximately 50 people each year with at least another 200 people each year seriously injured and it is almost certainly under diagnosed.

“And it’s not just gas appliances that cause CO poisoning; all carbon-containing fuels such as bottled gas, coal, coke, oil, petrol, diesel, biofuel and wood can produce CO if there is not enough oxygen from the air for the fuel to burn fully or something else disrupts the burning process such as a blocked or poorly fitted flue or chimney – this will stop the CO gas escaping allowing it to build up to dangerous levels”.

BESA say that around the home look out for the following warning signs:

-         Black, sooty staining on the walls and surfaces surrounding an appliance such as cooker, boiler or fire

-         Smoke or excessive condensation accumulating in rooms due to faulty flues

“Recognising the symptoms of CO poisoning is not easy”, said Mr McLaughlin, “as it can be similar to other conditions such as ‘flu and food poisoning. But unlike flu, carbon monoxide poisoning does not cause a high temperature. The most common symptoms are headaches, dizziness, nausea, tiredness, stomach pains, vomiting, shortness of breath and difficulty breathing.”

In conclusion, Mr McLaughlin said that there are two steps you should take to help prevent a CO poisoning incident in the home:

“The first line of defence and the most important thing you can do is to ensure that all fuel burning appliances and any connected flues or extraction systems in your home are regularly maintained to keep them operating in safe working order and subject to annual safety checks by a qualified engineer.

“A second but important line of defence is to fit one or more CO alarms. As you cannot see or smell carbon monoxide fitting a European Standard certified audible carbon monoxide alarm is a low cost but potentially life saving device.”

BESA say it’s not difficult to find a qualified heating engineer to carry out safety checks on your appliances – simply visit the TrustMark website at: www.trustmark.org.uk or call 0333 555 1234.

Since its formation in 1904, BESA, the Building Engineering Services Association (formerly the HVCA) has represented the interests of companies engaged in a wide range of building and engineering services including domestic heating and renewable technologies.

BESA members are subject to regular, third-party inspection and assessment of their technical competence and commercial capability, carried out by an independent certification body at least every three years.

BESA members who undertake gas installations are registered with Gas Safe – the gas safety watchdog body – and are also members of TrustMark, the Government-endorsed scheme designed to direct customers towards reliable tradespeople.