What recession? Panztel surge ahead with 22% growth 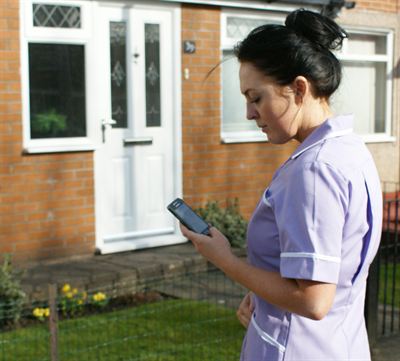 In the period since 2008 when most UK companies have, at best, seen flat sales, Panztel, the International group with a dominant UK operation based in Cwmbran, has grown by a staggering 143% with sales to year ending March 2012 up by no less than 22% on the previous year.  In this recession more and more organisations are contracting out work once undertaken in-house with a corresponding rise in the need for systems to monitor remote workers, and Panztel lead this sector with their eziTracker service.

12 September 2012 – When asked for his opinion of the early 90’s recession, Sam Walton, founder of Walmart, the world’s most successful retailing business, famously replied, “I’ve thought about it, and decided not to participate.” Panztel, the International group with a dominant UK operation based in Cwmbran, could say the same about the current recession – they decided not to participate.

Since 2008 when most UK companies have, at best, seen flat sales, Panztel has grown by a staggering 143% with sales to year ending March 2012 up by no less than 22% on the previous year.

In the recession organisations in both the private and public sector have looked to reduce overheads and find efficiency savings, with whole areas that were once undertaken in-house now contracted out. Local authorities and other organisations in the public sector have been at the forefront of this trend with cleaning, maintenance, security, social care and many other services now undertaken by agency staff, outside contractors and specialist independent providers. With this has come a rapidly rising demand to monitor and control this ‘remote’ workforce.

Panztel have been ideally placed to exploit this need and their eziTracker service has become the market leader in the management control of remote workers, enabling supervisors to ascertain the real time whereabouts of remote staff and confirm that site visits and work shifts have been completed as scheduled.

Jonathan Hudson, Managing Director of Panztel, comments, “The long term trend of contracting out services has accelerated in this recession and in this respect we have actually benefited from the downturn, with a substantial rise in the demand for our eziTracker remote workforce monitoring service.

“Our performance figures are very satisfying. We have paid off all debt; profits are up 36% year-on-year and 7 times the level they were in 2008. And we’re recruiting for more staff at each of our operations in the UK, Australia and New Zealand”.

Established in 1998, the Panztel Group has separate trading companies in each of its key geographical markets:  Australia, New Zealand and the UK.  All the companies supply and support the same key branded services:  eziTracker, eziTracker hm and Loneworker Companion.  Local authorities currently make up the biggest sector of registered users of Panztel services.  Most of the demand comes from Adult Social Services departments where Panztel provide an invaluable service in the monitoring and safeguarding of domiciliary care staff.

‘Whole areas that were once undertaken by in-house staff are now contracted out but companies understandably want proof of service delivery and Panztel lead the market with their remote workforce monitoring systems’. 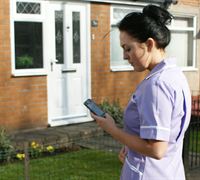