Qatar Airways diverse fleet, continuous operations and resilience built into its DNA over the last three years since the illegal blockade has positioned the airline to lead the recovery of the aviation industry and be the airline passengers can rely on during these uncertain times

The airline and its home hub, Hamad International Airport, the best airport in the Middle East, have been at the forefront during this crisis, implementing additional hygiene and detection measures early in the crisis to offer peace of mind to travellers

Qatar Airways was one of the first airlines to reassure anxious travellers with a flexible booking policy that has been generously extended to offer unlimited date changes and change of destination to another network point within 5,000 miles 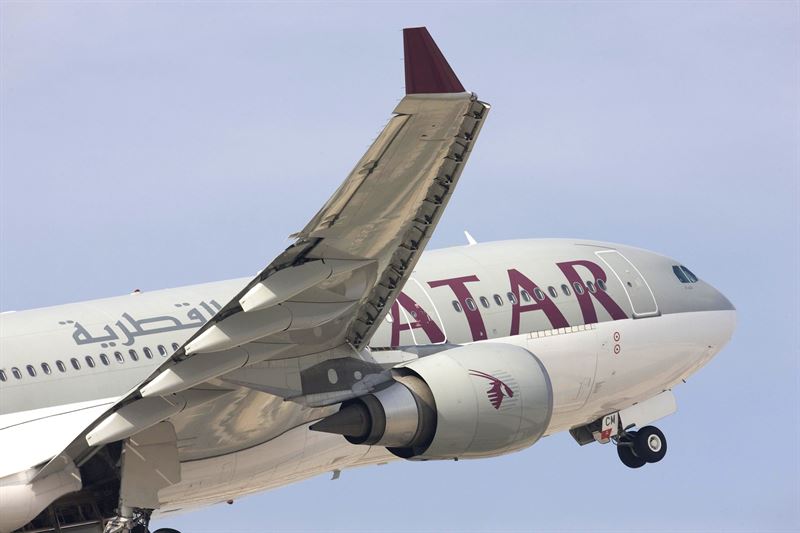 Qatar, Doha – The COVID-19 pandemic has created unprecedented challenges for the global aviation industry. Qatar Airways has led the industry during these challenging times taking people home safely and reliably on more flights to more destinations than any other airline, becoming the largest airline in the world over the past three months. These efforts have established the carrier as the airline passengers, governments and industry partners can rely on and trust.Qatar Airways Group Chief Executive, His Excellency Mr. Akbar Al Baker, said: “During this crisis more passengers have chosen to fly with Qatar Airways than any other airline, and we appreciate the trust they have placed in us. We have become the largest global carrier flying over 50 million kilometres to repatriate over 1.8 million passengers on over 15,000 flights. This has enabled us to accumulate unrivalled experience of how to safely and reliably carry passengers during these uncertain times.

“Our wide network of flights during this period has ensured we have kept up to date with the latest in international airport procedures and implemented the most advanced safety and hygiene measures on board our aircraft and in our award winning home and hub, Hamad International Airport, recently voted the Best Airport in the Middle East for the sixth consecutive year. This is why more people rely on us for international travel than any other airline during this crisis and why we will continue to ensure the safest and most reliable experience for our passengers as we resume flights to more destinations over the summer.

“Qatar Airways is a carrier that has been recognised as the World’s Best Airline on five occasions by Skytrax, built significant goodwill with governments and embassies as we assisted stranded citizens and most importantly, been available non-stop for stranded passengers during the pandemic. We have been here 24/7 during the darkest days and will continue to be a friend in need as confidence returns and people restart their travel plans.”

While many airlines have been forced or chosen to suspend operations, Qatar Airways has maintained a robust and agile network helping to take over 1.8 million passengers home. The airline has also worked closely with governments, and companies around the world to operate over 220 charters and extra sector flights helping reunite over 62,000 people with their loved ones. As the global recovery from COVID-19 begins, the airline recently announced plans to gradually rebuild its network in line with passenger demand evolution and the expected relaxation of entry restrictions around the world. By the end of June, the airline plans to expand its network to 80* destinations with more to be added by the end of the Summer Season.

To ensure travellers can plan their travel with peace of mind, the airline has extended its booking policies to offer even more choice to its passengers. The airline will allow unlimited date changes, and passengers can change their destination as often as they need if it is within 5,000 miles of the original destination. For full terms and conditions visit www.qatarairways.com/RelyOnUs.

The airline’s cargo division has significantly increased operations to support global trade and the transport of essential medical and aid supplies to impacted regions. The air freight carrier has further established itself as the industry leader operating around 180 flights per day, utilising passenger aircraft to carry freight-only in addition to the airline’s fleet of 28 freighters. Working closely with governments and NGOs around the globe, Qatar Airways Cargo has transported over 175,000 tonnes of medical and aid supplies to impacted regions, the equivalent of roughly 1,750 fully loaded Boeing 777 freighters.

These unprecedented times have seen the airline operate services to many destinations for the first time, helping repatriate stranded travellers and deliver essential supplies to where they are needed. Some of the new destinations Qatar Airways has touched down in during this period include Brisbane, Christchurch, Port Moresby, Toronto, and Vancouver for passenger flights and Perth, Valencia, and Warsaw for freighter flights.

Safeguarding our passengers and staff

Qatar Airways has further enhanced its onboard safety measures for passengers and cabin crew. The airline has implemented several changes, including the introduction of Personal Protective Equipment (PPE) suits for cabin crew while onboard, as well as a modified service that reduces interactions between the passengers and the crew inflight.

Cabin crew have already been wearing PPE suits during flights for a number of weeks in addition to safety goggles, gloves and a mask to provide even greater reassurance to customers in addition to enhanced hygienic measures already in place. The airline now requires passengers to wear face coverings inflight and recommends people bring their own for fit and comfort purposes.

Passengers flying Business Class on Qsuite equipped aircraft can avail of the enhanced privacy this award-winning suite provides, including sliding privacy partitions and fully closing doors that create a private sanctuary. Passengers can also opt to use the ‘Do Not Disturb (DND)’ indicator in their private suite, if they wish to limit their interactions with the cabin crew. Qsuite continues to be available on flights to more than 30 destinations including London, Sydney, Singapore and Dallas Fort Worth with plans to add it more routes throughout the summer.

As an airline, Qatar Airways maintains the highest possible hygiene standards, which include the regular disinfection of aircraft, the use of cleaning products recommended by the International Air Transport Association (IATA) and the World Health Organization (WHO), and thermal screening of crew.

In addition, Qatar Airways’ aircraft feature the most advanced air filtration systems, equipped with industrial-size HEPA filters that remove 99.97% of viral and bacterial contaminants from re-circulated air, providing the most effective protection against infection.

Hamad International Airport (HIA) is also robustly minimising any risks to the health and safety of passengers and staff. As a vital pillar to Qatar’s national economy, HIA’s doors remain open as it continues its operations to take people home, and ensure food security for the State of Qatar through air cargo.

HIA has implemented stringent cleaning procedures and closed most of the non-essential passenger facilities. The airport is implementing innovative solutions to maintain the highest levels of hygiene including the use of disinfection robots, advanced thermal temperature screening, and ultraviolet luggage disinfection. All passenger touchpoints are sanitized every 10-15 minutes and every boarding gate and bus gate counter is cleaned after each flight. Staff working at the airport have been provided additional training in terms of protecting themselves and others in light of the current situation and implementing the highest health and safety measurements. In addition, hand sanitizers are provided at immigration and security screening points. A social distancing policy has been implemented at the airport, and staff wear masks and disposable gloves to protect them from any infection. All staff are briefed to change their masks in line with WHO recommendations.

HIA was recently ranked “Third Best Airport in the World”, among 550 airports worldwide, by the SKYTRAX World Airport Awards 2020. Rising from fourth position in 2019 to third in 2020, HIA has been steadily rising in the ‘World's Best Airports’ rankings since the start of its operations in 2014. In addition, HIA was voted the ‘Best Airport in the Middle East’ for the sixth year in a row and ‘Best Staff Service in the Middle East’ for the fifth year in a row.

The recently announced expansion of HIA will increase the airport’s capacity to more than 53 million passengers annually by 2022, further positioning as the airport of choice in the region for savvy international travellers. The terminal building will be the first airport in the MENA region to achieve a 4-star Global Sustainability Assessment System (GSAS) rating, which is the first performance-based system in the MENA region, developed for rating the green buildings and infrastructures. The terminal will also be a LEED Silver certified building with innovative measures of energy efficiency across the entire building.

Hamad International Airport (HIA), the airline’s home and hub, was recently ranked “Third Best Airport in the World”, among 550 airports worldwide, by the SKYTRAX World Airport Awards 2020. Rising from fourth position in 2019 to third in 2020, HIA has been steadily rising in the ‘World's Best Airports’ rankings since the start of its operations in 2014. In addition, HIA was voted the ‘Best Airport in the Middle East’ for the sixth year in a row and ‘Best Staff Service in the Middle East’ for the fifth year in a row.