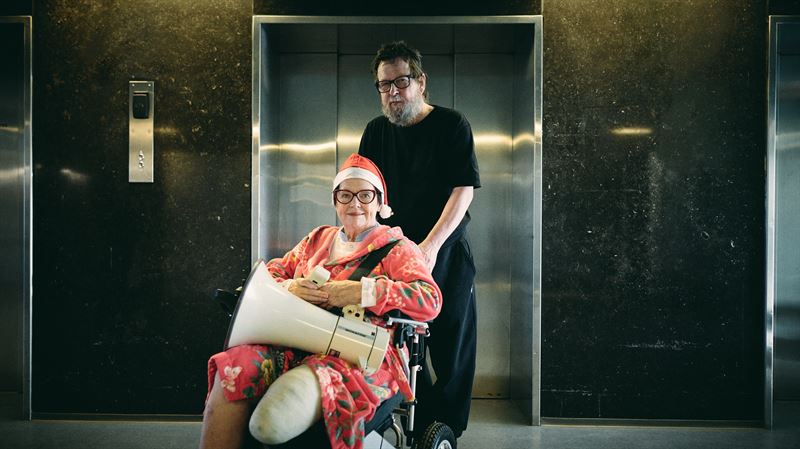 Lars von Trier’s landmark Danish drama series ‘The Kingdom’ will return for a third and final season in 2022 as a Viaplay Original produced for Nordic Entertainment Group (NENT Group), the Nordic region’s leading streaming company, and for DR by Zentropa Entertainments. ‘THE KINGDOM EXODUS’ sees Danish talents Ghita Nørby, Peter Mygind and Søren Pilmark reprise their roles from earlier seasons, joined by Bodil Jørgensen (‘Badehotellet’) and Nicolas Bro (‘Riders of Justice’). International cast members will be announced in due course.

Described by The Guardian as “a glorious bone-rattler of shocks and satire” and listed in Steven Jay Schneider’s famous ‘1001 Movies You Must See Before You Die’, the original 1990s run of Lars von Trier’s ‘The Kingdom’ became a Danish cultural watershed and a global TV phenomenon.

The new season continues the strange story of the neurosurgical ward of Copenhagen’s Rigshospitalet, where an unforgettable cast of characters face mysterious events and the lines between good and evil are more blurred than ever. Filming is underway in Copenhagen.

Filippa Wallestam, NENT Group Chief Content Officer: “The remarkable evolution of Nordic drama over the past 25 years began with Lars von Trier’s ‘The Kingdom’. Ironically, a show where nothing seems real set new standards for what’s possible. ‘THE KINGDOM EXODUS’ is set to raise the bar even further and will have a star cast to match.”

‘THE KINGDOM EXODUS’ is written by Lars von Trier and Niels Vørsel and produced by Louise Vesth. The series is produced for NENT Group and DR by Zentropa Entertainments in partnership with Film i Väst and Nordisk Film og TV Fond, with support from CREATIVE EUROPE.

In connection with the new production, seasons one and two of ‘The Kingdom’ have been fully restored and will be available on Viaplay.

NENT Group is set to premiere at least 40 original productions in 2021. In the past three months, ‘Try Hard’; season one of ‘Pørni’; season three of ‘Fixi in Playland’; ‘Glacier’; season two of ‘Honour’; season two of ‘Those Who Kill’; ‘Huss’; ‘Delete Me’; and ‘We Children from Bahnhof Zoo’ have premiered on Viaplay.

NENT Group will produce two major English-language films every year. The company has also established a UK-based joint venture with FilmNation Entertainment and invested in US studio Picturestart.

Nordic Entertainment Group AB (publ) (NENT Group) is the Nordic region’s leading streaming company and our vision is to become the European streaming champion. Our Viaplay streaming service is available in every Nordic country and in Estonia, Latvia and Lithuania. Viaplay will launch in Poland and the US in 2021, followed by five additional markets by 2023. We operate streaming services, TV channels, radio stations and production companies, and our purpose is to tell stories, touch lives and expand worlds. Headquartered in Stockholm and with a global outlook, NENT Group is listed on Nasdaq Stockholm (‘NENT A’ and ‘NENT B’).