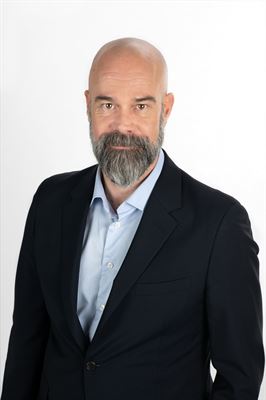 The next original series from Nordic Entertainment Group (NENT Group) will be ‘Cryptid’, a pioneering short-form supernatural thriller based on a pitch by acclaimed Belgian graphic novelist Sylvain Runberg. The series will premiere exclusively on NENT Group’s Viaplay streaming service across the Nordic region in early 2020.

The bizarre death of a high-school student triggers a series of mysterious events in the idyllic lakeside town of Mörkstad in Sweden. As the dead student’s friends edge closer to uncovering the truth, they are drawn into an ancient and terrifying secret hidden beneath the dark waters of the lake.

‘Cryptid’ (working title) is based on a pitch by graphic novelist Sylvain Runberg, the Silver Award winner at the 2011 International Manga Award, and has 10 episodes lasting 22 minutes. Novelist Anna Jakobsson Lund is lead writer and the series will be co-directed by Daniel di Grado (NENT Group’s ‘Hidden’) and David Berron (NENT Group’s ‘Hidden’ and ‘Black Lake’).

Jakob Mejlhede Andersen, NENT Group EVP and Head of Content: “Our storytelling is now redrawing the landscape again with a whole new genre – Nordic comic noir. ‘Cryptid’ is a first of its kind short-form series that blends the rich palette and imagery of the graphic novel with a tense and intelligent drama. This series will bring the art of the supernatural thriller to new heights – and viewers to the edge of their seats.”