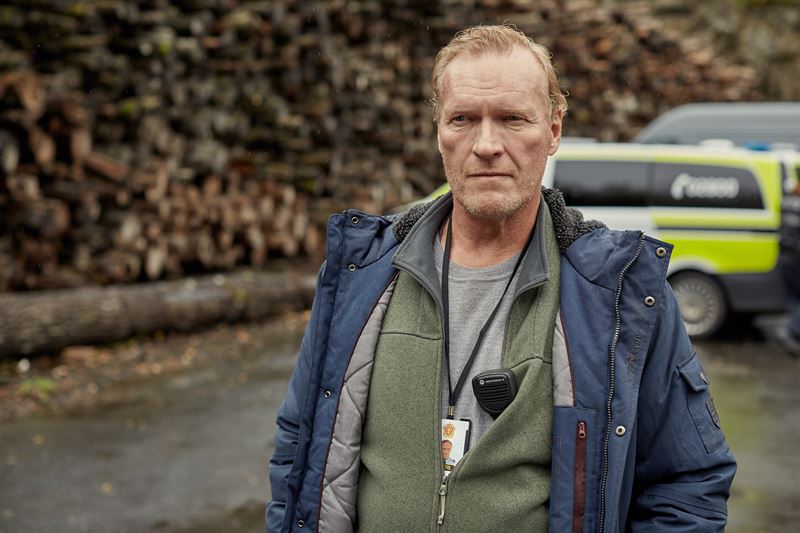 Nordic Entertainment Group (NENT Group), the Nordic region’s leading streaming company, will premiere a second season of its hugely successful Norwegian crime drama ‘Wisting’ in spring 2021. Sven Nordin (‘Valkyrien’) will reprise his lead role from season one, which was acclaimed by audiences and critics around the world and shown on the UK’s BBC Four and Sundance Now in the US. The new season of ‘Wisting’ will launch exclusively on NENT Group’s Viaplay streaming service across the Nordic and Baltic regions.

Praised by The Guardian as “the best Nord-noir ever” and by The Wall Street Journal as “seamlessly woven” and “superbly layered”, season one of ‘Wisting’ smashed Viaplay viewing records and is one of NENT Group’s most successful original series so far. In January 2020, the show’s first episode was nominated in the US for a prestigious Edgar Award, widely considered to be the Oscars of the crime genre.

The second season sees Larvik detective William Wisting (Sven Nordin) taking on two of the most challenging cases of his career. He first faces a race against time to hunt down an escaped killer before the latter can strike again, and then has to solve the macabre mystery behind an unknown woman’s head placed on a spike in the centre of Larvik.

Filippa Wallestam, NENT Group Chief Content Officer: “Detective William Wisting might just be Norway’s most wanted man! The first season was a landmark, both for Viaplay’s position as the home of unique Nordic storytelling and for the entire noir genre, and viewers around the world have demanded a follow-up ever since. ‘Wisting’ season two will be one of the most anticipated streaming events of spring 2021.”

Sven Nordin: “I’m both grateful and humbled by the reception of season one, and it’s so great that we can now create more ‘Wisting’. We’ve all been itching to get started.”

The series is based on Jørn Lier Horst’s ‘Wisting’ books, which have sold over 1.2 million copies in Norway alone and been translated into 30 languages.

Thea Green Lundberg and Mads Ousdal both return in their supporting roles. The eight-part show is written and directed by Trygve Allister Diesen (‘The Third Eye’), with Vegard Steiro Amundsen (‘Wisting’ season one) and Jadranko Mehic (‘Lilyhammer’) as co-writers, and is produced by Cinenord in cooperation with Germany’s ARD Degeto. Production started in early October.

NENT Group is set to premiere at least 40 original productions in 2021. In the past three months, ‘The Ambassador’; season two of ‘Fixi in Playland’; season two of ‘Love Me’; ‘Catwalk’; ‘Partisan’; and season two of ‘Mia’s Magic Playground’ have premiered on Viaplay.

NENT Group’s ‘ALEX’ has been sold in Europe, Asia and the US; ‘Veni Vidi Vici’ has premiered on Hulu and is set for a US remake with Lionsgate; ‘Pros and Cons’ has been picked up by Canal+ and Topic; ‘Honour’ has been sold to RTL and VRT; ‘Those Who Kill’ is available on the BBC and ARTE; and ‘Mia’s Magic Playground’ has launched on Sky Kids.