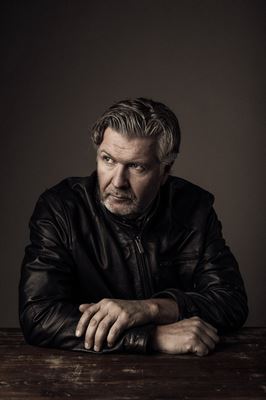 Nordic Entertainment Group (NENT Group) is partnering with award-winning director Per-Olav Sørensen to create the international drama series ‘Commando’, based on actual events and set in Norway, Libya and the UK. The series will premiere across the Nordic region exclusively on NENT Group’s Viaplay streaming service.

Between 15 February and 22 July 2011, Norwegian F-16 fighter jets dropped nearly 600 bombs over Libya. The contrasting stories of four women – an F-16 pilot, a journalist, a possible terrorist and a prime minister – explore the reasons why and what happened next.

The eight-episode series is created and directed by acclaimed Norwegian filmmaker Per-Olav Sørensen, whose most recent project ‘Quicksand’ is included in the Berlinale Series selection at this year’s Berlin International Film Festival. Sørensen’s 2016 drama series ‘Nobel’ – produced by NENT Group’s Monster Scripted – was awarded the Prix Europa for Best European TV Movie or Mini-Series of the Year and was nominated for Best Drama TV Series at the Golden Nymph Awards.

‘Commando’ (Swedish and Norwegian title: ‘Kommando’) is being produced by Trond Håndlykken Kvernstrøm for The Oslo Company and Anders Tangen for Viafilm. The series is written by Jenny Lund Madsen (‘Follow the Money’) and Christian Spurrier (‘Spooks’).

Jakob Mejlhede Andersen, NENT Group EVP and Head of Content: “Per-Olav Sørensen is a hugely talented storyteller behind some of Europe’s most critically praised recent series. The immediacy, urgency and powerful visual language of ‘Commando’, including extensive first-person footage from inside an F-16 jet, showcases his abilities to the full. This is a thought-provoking drama that confirms NENT Group’s status as home to the best Nordic talents.”

Per-Olav Sørensen: “Telling this story from four very different perspectives is an approach that I hope will be both interesting and disturbing. The series aims to entertain, but also to provoke and enlighten. For me as a creator, it's great to see NENT Group supporting the strong, big and ambitious drama that Norway – and the whole Nordic region – has to offer.”