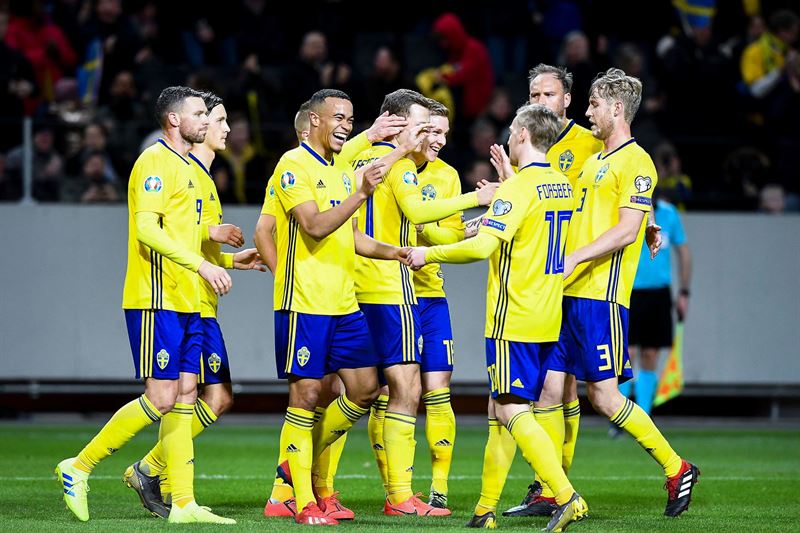 Nordic Entertainment Group (NENT Group), the Nordic region’s leading streaming company, has secured the exclusive Swedish rights to show UEFA EURO and FIFA World Cup qualifying matches and the UEFA Nations League from 2022 to 2028. The ground-breaking agreement makes NENT Group’s Viaplay streaming service and TV channels the home of at least 60 matches played by the Swedish men’s national football team and more than 1,200 international matches in total from across Europe.

Sweden’s matches are some of the country’s most watched sporting events and attract a broad and highly passionate audience. The team has qualified for every UEFA EURO tournament since 2000 and for five of the last eight FIFA World Cups. A new generation of exciting talents, including Dejan Kulusevski, Jordan Larsson, Victor Lindelöf, Ludwig Augustinsson and Sweden’s youngest ever goalscorer Alexander Isak, are now emerging to kick off a new era in Swedish sporting history.

The matches available live on Viaplay and NENT Group’s TV channels will include the European qualifiers for UEFA EURO 2024, FIFA World Cup 2026 and UEFA EURO 2028; the UEFA Nations League 2022, 2024 and 2026; the UEFA Nations League Finals 2023, 2025 and 2027; and a wide range of international friendlies, including every friendly played by Sweden both at home and away. All Sweden national matches will be broadcast live on TV3. NENT Group’s extensive coverage will include world-class studio, highlights and support programming.

Anders Jensen, NENT Group President and CEO: “I am very happy and proud to make this announcement. We know how much the Swedish men’s football team means to fans all the way from Ystad to Haparanda, and we will take excellent care of this special heritage. This is a great time to take on these rights as a thrilling crop of young players will peak in the years to come. Viaplay is already the home of Sweden’s hugely popular national ice hockey and handball teams, and soon FIS winter sports too. International football with ‘Blågult’ is a perfect addition to our portfolio. This is a very strong property that will have significant value for us for many years to come.”

Guy-Laurent Epstein, UEFA’s Director of Marketing: “We are delighted to enter this long-term partnership with NENT Group, who will provide a solid home for the Swedish National Team and all other European national team matches from 2022 through to 2028 across their platforms. With NENT Group’s extensive football broadcasting experience, we are confident Swedish fans will be offered excellent coverage of the European Qualifiers for UEFA EURO 2024, FIFA World Cup 2026 and UEFA EURO 2028 as well as the UEFA Nations League, including the UEFA Nations League Finals in 2023, 2025 and 2027, whichever screen they choose to use.”

Matches will be played in UEFA’s ‘Week of Football’ format with back-to-back matches from Thursday to Tuesday. In total, the agreement delivers international football on at least 162 match days, which will complement NENT Group’s coverage of leading European domestic leagues and UEFA club competitions such as the UEFA Europa League and UEFA Europa Conference League, in which many Nordic teams will compete.

NENT Group has rights to show more than 50,000 hours of the world’s best live sporting action every year on its streaming services and TV channels. In addition to the company’s football rights, its portfolio spans NHL, KHL and IIHF ice hockey, Formula 1, IndyCar, NFL American football, boxing, UFC, tennis, basketball, handball and golf. From 2021, NENT Group will also be the Nordic home of FIS winter sports.