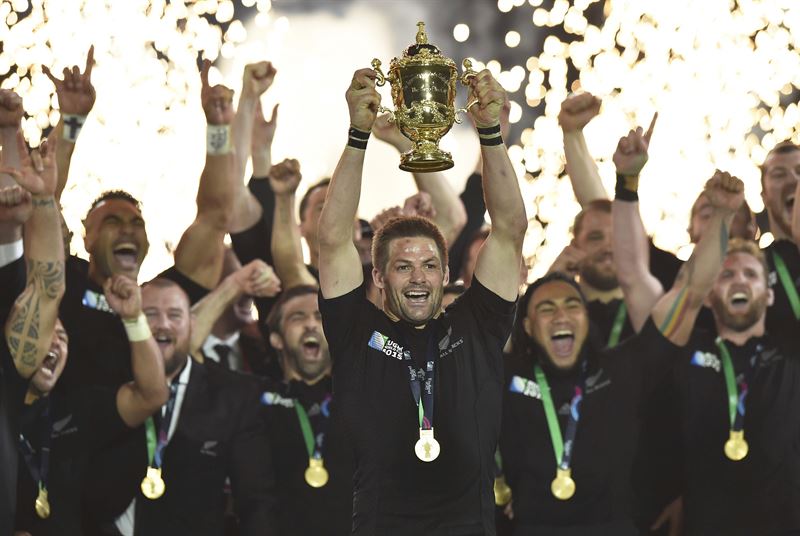 Nordic Entertainment Group (NENT Group), the Nordic region’s leading streaming company, has acquired the exclusive Nordic media rights to Rugby World Cup 2019. Every match from this year’s tournament, which features 20 teams and will take place in Japan from 20 September to 2 November, will be available live for rugby union fans across the Nordic region on NENT Group’s Viaplay streaming service.

First held in 1987, the Rugby World Cup is contested every four years between the world’s top rugby union nations. New Zealand are the current champions after defeating Australia in the final of Rugby World Cup 2015 – a competition that attracted a dedicated following among Nordic fans when streamed live on Viaplay.

In addition to Rugby World Cup 2019, NENT Group also holds the exclusive Nordic media rights to the Six Nations Championship – the annual rugby union tournament played between England, France, Ireland, Italy, Scotland and Wales – up to and including the 2021 championship.

Sweden, Norway, Denmark and Finland are all growth territories for rugby, with World Rugby estimating that the Nordic region currently has 24,000 rugby players (9,000 registered). Sweden has more than 820,000 rugby fans, the majority of whom are under the age of 34 and female, reflecting the sport’s ability to reach and inspire new audiences. All four Nordic teams took part in qualifying matches for Rugby World Cup 2019.

Kim Mikkelsen, NENT Group Head of Sport: “Rugby union continues to grow around the world – Japan is set to host Asia’s first-ever Rugby World Cup and in the Nordic region the game is captivating more and more fans. Our coverage of the previous Rugby World Cup and the Six Nations has found an enthusiastic audience on Viaplay, and now NENT Group is showing all 48 games from Rugby World Cup 2019 live. Yet again we’re proving that, when it comes to the world’s best live sports, Viaplay is the only place to stream.”

World Rugby Chairman Sir Bill Beaumont: “Rugby in the Nordic region has seen a marked uplift in fan and participation numbers in recent years. As the region’s leading streaming company, NENT Group will enable more people than ever before to engage with the tournament, reinforcing our belief that Rugby World Cup 2019 will be the most-viewed and most-engaged rugby event of all time.”