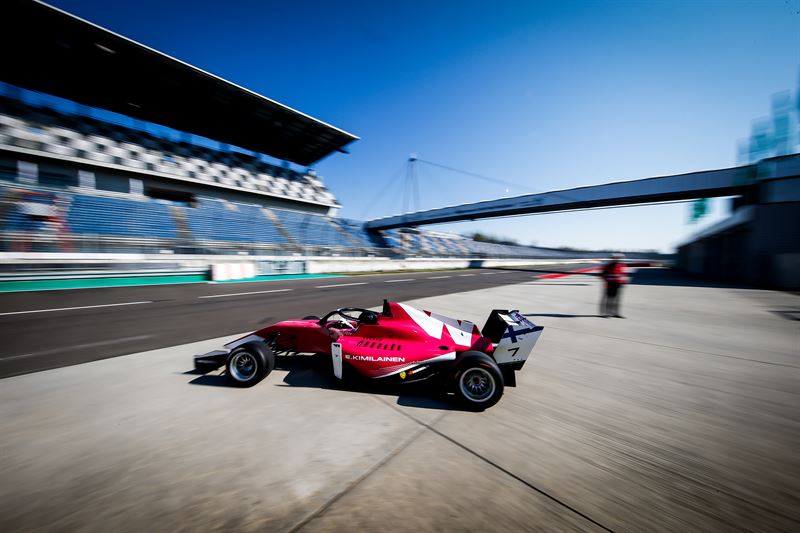 Finland’s Emma Kimiläinen is one of 18 drivers (and two reserves) from 13 countries competing for a $1.5 million prize pool in the first W Series season, which kicks into gear on 4 May at Germany’s famous Hockenheim circuit. The 2019 season will span six races at European tracks such as Assen and Brands Hatch, with an expanded 10 race season planned for 2020 covering Europe, the US, Australia and Singapore.

W Series drivers have extensive experience from competitions such as Formula 2, Formula 3, the GT4 European Series and Japan Formula 4, with the W Series championship intended to provide a bridge to Formula 1. All participants drive identical Tatuus Formula 3 cars with a 1.8 litre turbocharged engine, ensuring highly competitive races every time.

Emma Kimiläinen: “I’m really excited to have made the grid for W Series – it’s an incredible opportunity for me and all the drivers. I’ll be doing absolutely everything to win the series, and knowing that my family, friends and fans in Finland and the Nordics are watching gives me the support and strength to fight for the title.”

Kim Mikkelsen, NENT Group Head of Sport: “It’s been far too long – 43 years – since a woman started a Formula 1 Grand Prix race. W Series offers thrilling action to race fans, as well as a timely platform to boost female participation at motorsport’s highest level and inspire a new generation of drivers and engineers. We’re proud to become the first in the Nordic region to show W Series, as Viaplay and Viasat continue to fuel the very best motorsports experiences for our viewers.”

Catherine Bond Muir, CEO of W Series: “This is a terrific partnership for us. The Nordic region has some of the world’s most passionate motorsports fans, and what better way to engage and entertain than with live coverage of our all-female single-seater racing? NENT Group is the region’s leading provider of motorsports programming, and our ideal broadcast partner.”