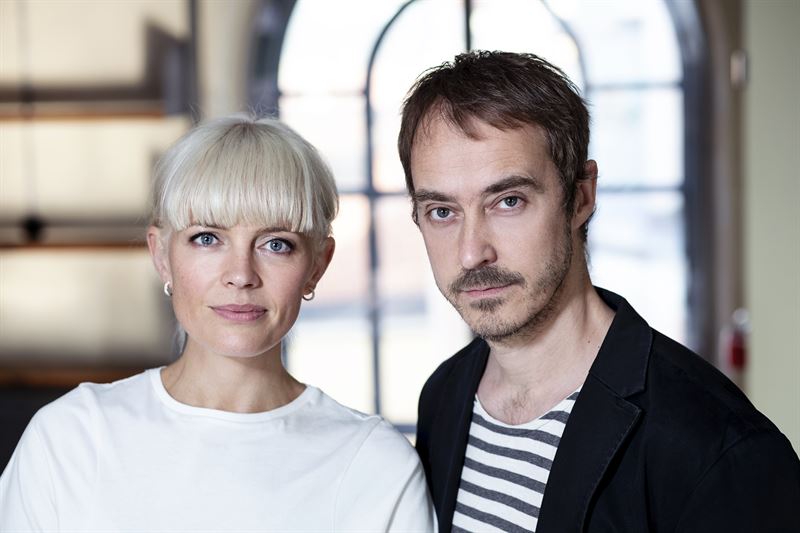 Nordic Entertainment Group (NENT Group), the Nordic region’s leading streaming company, has commissioned Swedish romantic drama ‘Harmonica’ as its next original production. The series has been co-created by Josephine Bornebusch, whose previous show ‘Love Me’ is one of NENT Group’s most successful original series so far. ‘Harmonica’ will premiere exclusively on NENT Group’s Viaplay streaming service across the Nordic region in 2021.

Harry (Jonas Karlsson: ‘The Perfect Patient’) and Monica (Josephine Bornebusch: ‘Welcome to Sweden’) were top of the pops as country music duo Harmonica in the 1990s, but their life has been out of key ever since. In a final effort to salvage their career and relationship, the couple embark on a tour of Europe that brings their problems to a crescendo but also offers them a chance to find harmony together at last.

The six-episode series is co-written and co-directed by Bornebusch and Karlsson, and is produced by Sofie Palage (‘Love Me’) for Warner Bros. International Television Production (WBITVP) Sweden. Filming will start in April in Sweden and Belgium.

Josephine Bornebusch’s ‘Love Me’ has dominated the Viaplay viewing charts since premiering in autumn 2019, and has recently been renewed for a second season.

Filippa Wallestam, NENT Group Chief Content Officer: “Josephine Bornebusch has an exceptional ability to turn the drama of our relationships into unique stories that captivate an entire region. Audiences have already fallen for ‘Love Me’, and the combination of Bornebusch and Jonas Karlsson will make ‘Harmonica’ an equally compelling experience. Viaplay is home to the best Nordic creative talents and this means we have an unmatched capacity to deliver storytelling that is truly world class.”

Josephine Bornebusch: “Country music is so visual – images and scenes just appear before me. Jonas and I have discussed creating a romantic drama about a couple stuck in a rut for a while, and now it’s time. I couldn’t have found a better match.”

As well as breaking Nordic viewing records, NENT Group’s originals are reaching audiences around the world. Amongst others, ‘ALEX’ has been sold to partners in Europe, Asia and the US; ‘Veni Vidi Vici’ has premiered on Hulu and is set for a US remake in partnership with Lionsgate; ‘Pros and Cons’ has been picked up by Canal+ and Topic; ‘Honour’ has been sold to RTL and VRT; and ‘Those Who Kill’ is available on the BBC and ARTE.