Numisbing has acquired two rare medals in extremely limited editions of the Nobel Prize from around 1902 and 1980. Ramkumar Sarangapani, CEO of Numisbing AB (publ), says that; “Noble medals are extremely rare collectibles and have high demand. Since the number of medals awarded is much less in quantity and there is pride in the life of the recipient, they will never go on sale”. The highest price for a Nobel Prize medal awarded is USD 2.27 million, which was sold in Heritage Auctions, USA in 2013.Numisbing AB (publ) with subsidiaries in Dubai operates in numismatics. On behalf of a " 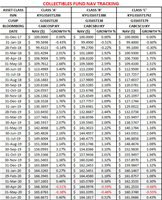