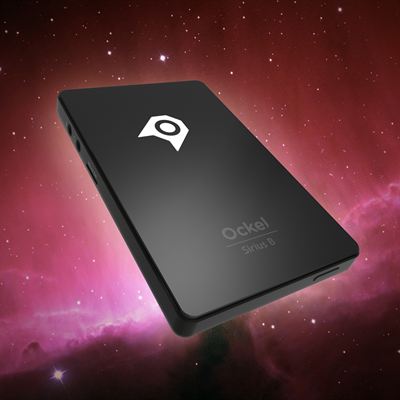 The Sirius B Black Cherry version includes 4GB of RAM, a Cherry Trail x5-z8300 Intel processor, a Wi-Fi AC chip and other upgrades

Ten days before their booming Indiegogo campaign comes to an end the developers of Ockel introduced an upgraded version of their Sirius B pocket PC. The Dutch company already funded more than 266,000 dollars for a PC with the size of a smartphone, 2260% more than the original funding goal of 10,000 dollars. The nearly 1500 backers and all future supporters of the project now can get their hands on a black version of the Ockel Sirius B with 4GB of RAM, a Cherry Trail x5-z8300 Intel processor, a Wi-Fi AC chip, 64GB of internal memory and two USB 3.0 ports. The upgraded version, that carries the name Ockel Sirius B Black Cherry starts at a price of 249 dollars and is expected to be shipped in April 2016.

The original Ockel Sirius B pocket PC, also still available on Indiegogo, is equipped with an Atom Bay Trail Z3735F processor, 2GB of RAM, 32GB internal memory and two 2.0 USB ports. These specifications make it an excellent device to browse, e-mail, edit documents and stream media. The Black Cherry version enables users to run more and heavier applications at the same time and transfer data up to 10 times faster. All other features of the original Sirius B are included in the upgraded version as well: HDMI, Bluetooth 4.0, a Micro SD card slot and a 3.5 mm audio and microphone jack. Both Sirius B versions are available with or without a pre-installed license of Windows 10.

The decision to develop an upgraded version was made after Ockel received feedback from supporters of the crowdfunding project, as well as tech specialists and bloggers. “The input from many sources showed us there is a substantial amount of people willing to pay a higher price for a more powerful version of our pocket PC. With this upgraded version we respond to this desire,” explains Jesper Baumgarten, product manager at Ockel. A notable difference between the original Sirius B pocket PC and the upgraded version is the color. The original Sirius B received the nickname “white dwarf” due to its white housing, but the upgraded version is completely black. “Creating a black version is something we already had in mind as a future goal. After a majority of the supporters at Indiegogo asked us for a black pocket PC we decided to speed up the process. The Indiegogo campaign is extremely valuable for us to gain market insights and we are very pleased with the massive support for this project.”

Ockel expects to ship the upgraded version to supporters in April 2016. Everyone who prefers to receive a pocket PC this year can claim one of the Indiegogo perks for the original Sirius B, which will be shipped before Christmas 2015.

Ockel is a Dutch brand and part of Avanca International, the second fastest growing technology company in The Netherlands. Ockel is specialized in the development of portable hardware: pocket PCs, mini PCs and mediaplayers. 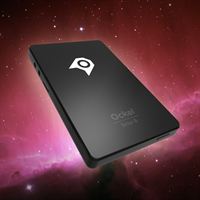