Operation Lifesaver Brings its Safety Message to the World of Transit

“We are seeing the same dangerous driver and pedestrian behaviors interacting in the transit environment that we have seen for years on the general railway system,” said Rose.

“People are listening to their music or texting on their phones and are walking off train platforms. Confused drivers are colliding with light rail trains by making illegal or improper turns at red lights or encroaching on rail rights-of-way and driving on the tracks. And still, too many people think they can beat the train, whether they’re attempting to take a shortcut across the platform or to retrieve some replaceable item that has fallen onto the rails.”

In 2012, the number of transit passenger trips reached a record 10.5 billion; almost half those trips, 4.7 billion, were on rail transit. Amtrak ridership hit 31.2 million passengers in 2012, also a record. The Federal Transit Administration (FTA) is currently funding the construction of 17 new rail transit systems and 14 more rail transit projects are in the funding pipeline under this year’s federal budget. As these projects are built and open to passengers, there are safety risks to drivers and pedestrians in the transit system’s service area that need to be addressed proactively.

For more than 40 years, Operation Lifesaver has worked to end collisions, injuries and deaths at rail crossings and along railroad rights-of-way through rail safety education. The organization has contributed to an 83 percent decrease in vehicle-train collisions on the nation’s freight and intercity passenger rail network. In recent years, OLI has expanded its rail safety message to transit systems.

“Public transit is a whole different ballgame,” Rose said. “With freight rail, we want drivers to cross safely at designated crossings and pedestrians to stay off the tracks … period. In the public transportation world, the whole point is to encourage ridership and use of the system. We just want your journey to be safe, whether you are a transit user or not." 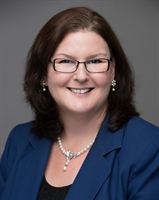