OS maps play a role in the new UK passports 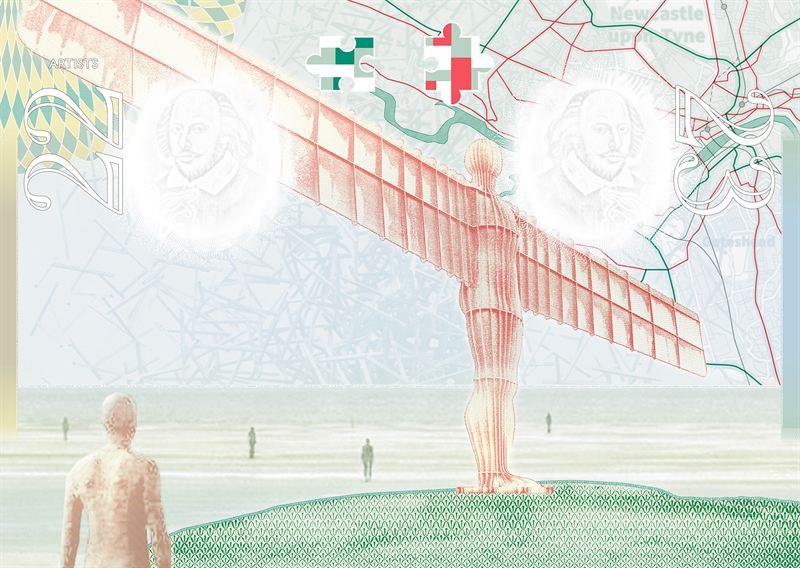 The latest UK passport design was released yesterday and we’re extremely pleased to see a range of mapping from OS OpenData across the pages.

Launched at Shakespeare’s Globe in London, the theme for the new passport is ‘Creative United Kingdom’. A new passport design is launched every five years, with the new version featuring cultural icons such as William Shakespeare and Ada Lovelace as well as landmark structures like the Angel of the North and the Titanic Belfast.

Representing all four countries in the UK, the new designs also incorporate the latest in printing technology to ensure the security of the document remains the top priority. OS maps form a part of the security features, with OS OpenData being used across many of the new passport pages. HM Passport Office have stylised our vector maps to fit within the new design, showcasing the area linked to the featured icons.

Examples of the maps include the iconic innovations pages which are inspired by the works of Charles Babbage and Ada Lovelace and feature a map of Bletchley. Sir Antony Gormley features in the artists’ category with images of some of his sculptures and a map of Gateshead, as home to his famous Angel of the North piece.

“I am proud to launch the new United Kingdom passport, which celebrates the creativity of Great Britain and Northern Ireland over the past 500 years to the present day.

“HM Passport Office is committed to ensuring the integrity of the passport, and the chosen designs have allowed us to make use of evolving technology to further enhance its security.

“Not only are we constantly striving to stay one step ahead of those who seek to undermine the passport, but we have created a document that marks just some of the greatest creative achievements in the UK. I am delighted that the Ordnance Survey maps feature throughout the passport showing places related to the images on the pages.”

When launching the new passport, the Home Office Minister for Immigration, James Brokenshire, said that it is the most secure ever produced in the UK.

The passport contains brand new security features to make it more difficult than ever for fraudsters to forge copies, these include:

The new passport will be rolled out in a phased approach with the first due to be in circulation from December 2015. You can find more information at:

Ordnance Survey is Great Britain's national mapping authority, keeping 460 million geographical features updated to provide an accurate picture of the country. We collect, maintain and distribute the most accurate and up-to-date geographic information (GI) of the whole country that government, business and individuals all rely upon. From our surveyors on the ground, measuring and tracking changes; our planes that maintain our aerial photography of Great Britain; data technology specialists who build and maintain our bespoke IT systems; and product experts redefining how customers can benefit from our data, we all have one vision: to be the content provider of choice for location-based information. Our iconic maps are one of our most recognised brands, but these days digital data accounts for 93% of our business. Demand for accurate, accessible, high-quality GI has never been so high. Our database holds an entire digital map of the country with 460 million features and we work day-in, day-out to keep it up-to-date. We build products to meet our customers' needs and support our emergency services with vital road and land information, and provide data to utility companies to make sure you can get water and gas supplies to your home. From ensuring optimum routes for refuse collection to getting your shopping to your door – our work is all around you.SpecialtiesGeographical information, Web services, Cartography, Leisure maps, Geospatial data management, Surveying, Innovation, GeoVation, GIS, Paper maps, Digital maps