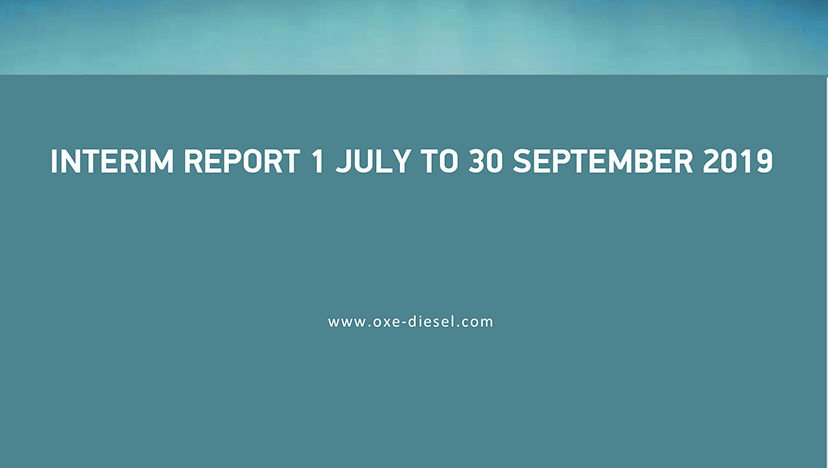 Significant events in the Third quarter

COMMENTS BY THE CEO

In the third quarter the company continued with a positive sales development. The company achieved a gross profit of SEK 2.77 million and a gross margin of 12% during the period. This was primarily driven by sales of the OXE200, which has a higher gross margin as well as unit sales directly to an end user at a higher margin. Whilst I expect the trend to continue, the gross margin growth may not be linear.

Following strategic discussions and review, in order to prepare for the future, the company will continue to have a focused approach to developing sales in the shorter term and ensure it maintains delivery of quality to its end users. As a consequence, the company decided not to push for 600+ units for 2019 but instead maintain a steady and sustainable ramp-up in close collaboration with customers and continue to invest into quality and support to the customers which has given good results in the last few months.  In addition, new updated long term objectives for the years 2020-2024 will be as follows:

In July we announced the company entered into a €14 million credit facility with the European Investment bank (“EIB”), which over time will help support more aggressive sales and marketing initiatives, finance development projects, operational expenses and working capital needs. This is a very significant endorsement by a well-respected financial institution (backed by EU member states), who carried out detailed due diligence on the company over a twelve-month period. We received the first tranche of €4 million from EIB in mid-September. Further funding has also been secured following the exercise of share warrants as well as directed share issue totalling SEK 50.8 million in October.  If we fulfil certain conditions, this will enable us to draw the second tranche of €4 million from the EIB, most likely during Q1 2020.

With funding secured, we are fully focused on our operational performance. As described in our previous interim report, I now have completed the appointment of my senior management team, following the appointment of Jerry Ojala as Chief Operating Officer (COO) at the end of September. I am highly confident of our senior management team to deliver the full potential of the OXE.

We continue with an immense focus on quality, which includes sourcing parts from Tier 1 automotive suppliers, the meticulously testing of improvements and upgrades by our engineers, assembly improvements and after sales care with our customers. Ultimately quality drives sales and with our disruptive technology, being the only provider of commercial high-powered diesel outboard engines in the world, it is imperative we work closely with the end users and better understand their demands and requirements.

I am confident of meeting our key objectives and delivering commercial success of our patented belt propulsor system.

Cimco Marine AB (publ) is obligated to make this information public pursuant to the EU Market Abuse Regulation. The information was provided by the contacts above to be submitted for publication on November 15th, 2019, 07:30 CET.

Cimco Marine AB (publ) has, after several years of development, constructed the OXE Diesel, the world´s first diesel outboard engine in the high-power segment. OXE Diesel has a unique belt driven propulsion system that allows a hydraulic multi-friction gearbox to be mounted. This means that the engine can handle significantly higher loads than a traditional outboard engine. Cimco´s OXE diesel has a horizontally mounted engine as opposed to a traditional outboard with a vertically mounted engine.