Hartwall Original® Long Drink is a refreshing mix of Finnish artisan gin and grapefruit that has charmed Finns for 65 years and is called the national drink of Finland. This unique, world’s first gin cocktail in a can was invented for the Helsinki Olympics in 1952. Now the drink’s number one fan—Formula 1 World Champion Kimi Räikkönen—has teamed up with Original Long Drink. The collaboration will be visible in chosen export markets for years to come. 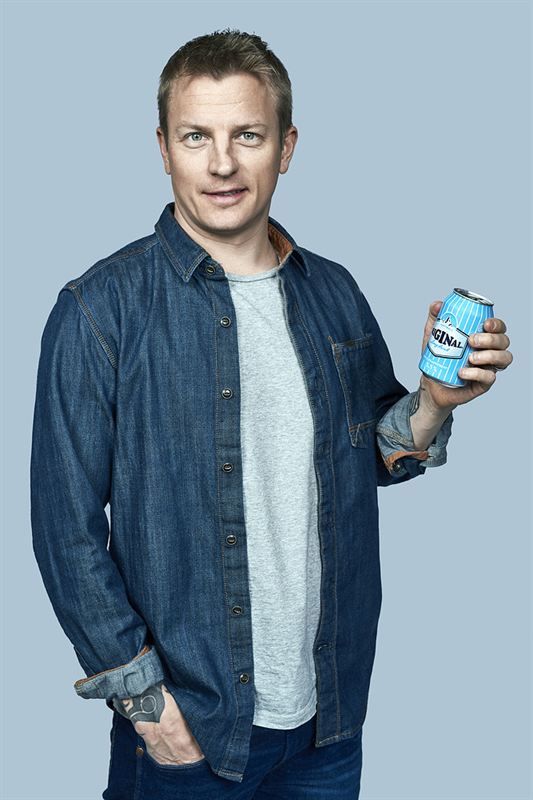 To this day, this sophisticated yet easy-going Original Long Drink holds true to its heritage as the world’s first gin cocktail. Hartwall, who produces this legendary beverage, has now entered into a long-term collaboration agreement with Formula One World Champion Kimi Räikkönen. Räikkönen will be the face of the Original Long Drink in export markets, focusing in Asian region.

“We are constantly looking for new partners in Asia and Europe. We believe that our cooperation with Kimi, the growing Nordic trend, and the unique story of the Original Long Drink will bring success to our partners as well as us,” says Hartwall CEO Kalle Järvinen.

The collaboration between Kimi Räikkönen and the Original Long Drink began at the initiative of the World Champion himself.

“I only take part in a project if I have full faith in it and can stand behind the product. Original Long Drink is something quite unique and thoroughly Finnish. I believe that there are millions of people who will just love the drink once they try it,” states Kimi Räikkönen.

The international marketing concept of the Hartwall Original Long Drink is firmly rooted in Nordic imagery, Finnish lifestyle and originality.

“There is something original in the Finnish mindset. People are unpretentiously themselves and let others be the same way. Kimi Räikkönen, also known as the Iceman, is an excellent example of this. And the great thing is that it was Kimi who first suggested this collaboration. Kimi really puts his heart into exporting the Original Long Drink,” Brand Manager for the Original Long Drink, Eeva Ignatius says.

From the Olympic Stadium to the world

Hartwall Original Long Drink was created for the 1952 Olympics in Helsinki. The purpose of the new ready-mixed long drink was to help bar staff serving the large number of visitors. It was an innovation of its time: a ready-mixed beverage with a unique taste made from Finnish gin, grapefruit and the purest water in the world. The gin and grapefruit-based drink has steadily held its position as Finnish alcohol retail store Alko’s most sold product, and has gained popularity in other countries as well.

The current package design represents the running track at the Helsinki Olympic Stadium, reminding us of how the classic was born.

Hartwall is the growing leader in the beverage industry. We manufacture the drinks Finns love to live and celebrate with. Hartwall’s best-known brands are Hartwall Jaffa, Hartwall Novelle, Lapin Kulta, Karjala and Hartwall Original Long Drink. We are also a strategic partner of the Heineken and Pepsi brands in Finland.

Hartwall’s modern production facilities are located in Lahti. The mineral water bottling plant is located in Karijoki and the head office in Helsinki. We have 700 employees at Hartwall working with the beloved classics and innovative novelties, and indirectly Hartwall employs 11,000 people in Finland. We are part of the Danish Royal Unibrew Group. We promote a responsible drinking culture. We operate actively for the environment and put emphasis on local production. Without Hartwall, Finland would be a drier place to live. www.hartwall.fi