A bit of fresh shore in your supermarket 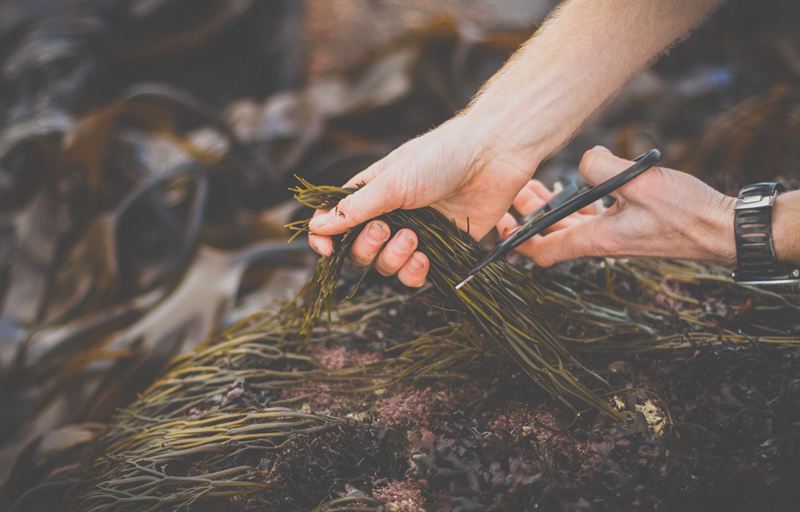 Cornwall’s very own seaweed hits the shores across the UK

Famous for crystal clear waters rolling away behind tin mines, Cornwall has a history of doing things differently. The Cornish Seaweed Company are the first company to sell fresh seaweed in supermarkets in the UK.

71 Tesco stores around the country are now stocking the 80g pouches of freshly harvested seaweed, which have been popularised by celebrity chefs such as Nathan Outlaw and Raymond Blanc. Currently, the seaweed most reminiscent of a store cupboard ingredient is being sold: Himanthalia elongata, or sea spaghetti. So called for its long and fettuccine like appearance.

Numerous foodie publications have recognised seaweed as this year’s hottest new food trend, and the supermarket sales serve only to support this.

Of this news, co-founder of The Cornish Seaweed Company, Tim van Berkel said, “we wanted to make seaweed accessible to everyone. Whilst some other people in Cornwall and coastal areas are also able to forage, our fresh seaweeds allow anyone to experience the health benefits of seaweed.”

Both van Berkel and Caro Warwick-Evans founded the Cornish Seaweed Company after having worked in environmental sustainability sectors and ‘making things work in the UK’s poorest county’. Tim as a conservation biologist and Caro as a renewable engineer.

In 2012 Tim and Caro visited a small seaweed harvesting company in Ireland to gain an insight into the industry. Shortly after this, they were granted the license to harvest from the county’s beautiful Lizard peninsula. Like their Irish counterparts, everything is done by hand; sometimes they must don a wetsuit and swim to the bottom of the sea in order to cut the sustainable algae.

Despite its well documented inclusion in human diets for centuries, and its popularity in coastal areas such as Scotland, Wales and Ireland, the Cornish Seaweed Company are the first company to sell the fresh and nutrient rich seaweed in supermarkets. Having seen success with selling the dried seaweeds through outlets across the UK, and building a solid reputation as knowledgeable, professional and sustainable.

Co-founder and developer, Tim Van Berkel said, “When you consider the extreme environment that sea plants have adapted and survived in, it’s not surprising that they are so potent at providing care for our immune system.” But only when they are sourced in clean seas.

Operating on Cornwall’s most southerly peninsula, The Cornish Seaweed Company are rapidly growing and their mission to get seaweed into homes across the UK is strengthened by this support from the Tesco superstore.

To find out more about the health benefits of seaweed, please visit http://cornishseaweedcompany.co.uk/

Sea spaghetti (also called thongweed or buttonweed) is another of the large brown seaweeds, although it is not closely related to the kelps or the wracks. It grows explosively up to 3 m long and can form dense mats near the shore which can cover large areas.

Sea spaghetti can be only found in the East of the Atlantic, from Portugal to Norway, but it is most common around the British Isles.

Even though sea spaghetti contains less minerals and vitamins than most other seaweeds, it is rich in polysaccharides such as laminaran. These substances are known to assist the immune system. Sea spaghetti is also known to have anti-microbial and anti-oxidative properties. Research into this has been documented by

A study on the antibacterial activity of sea spaghetti is being completed under Michiel Vos at the ECEHH at Exeter University in Penryn. Michiel's contact details are M.Vos@exeter.ac.uk.

Issued by The Cornish Seaweed Company.