Rummer's chef proud to be listed in The Good Food Guide 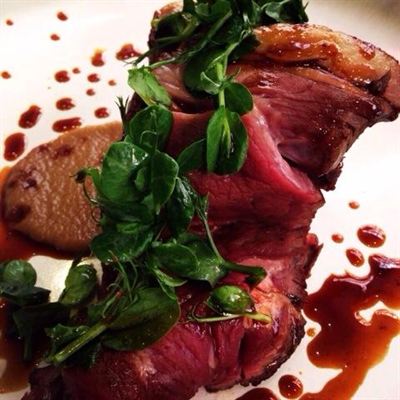 Bristol's independent bar and restaurant The Rummer have scooped another prestigious award this year as they are listed as one of the UK's top 50 pubs in The Good Food Guide.

Following the accolade from The Great British Pub Awards of Best Spirit Pub last year, The Rummer has continued to  rise rapidly as one of the UK's top places to eat. Reiterating that good things come to those who work really hard, head chef Andrew Clatworthy has driven the pub's food reputation to national fame following his start there in September last year.

Just 50 pubs across the UK were chosen to feature in The Good Food Guide's top 50 pubs, which is created annually. Somerset's Pony and Trap also featured, whilst restaurant Casamia earned a spot in the coveted restaurant guide. Having worked his way to this position, Clatworthy remains ambitious having said "Our menu offers mostly locally sourced ingredients, which may be presented in several guises on the same plate. Unapologetically, not your typical British menu, our entry into The Good Food Guide's top 50 will hopefully be just the start of gaining recognition for The Rummer!"

A true believer in self expression through food, Clatworthy and his team of chefs create visually impressive dishes with influences drawn from Old English menus. In line with Bristol's Green Capital 2015 status, local and ethical food is sourced; with a pronounced emphasis on provenance. Whereas a dish may include a traditional English ingredient such as horseradish, diners can expect the unexpected regarding how this may be processed.

From bar snacks to the tasting menu, or Sunday roast to a la carte options, each dish is executed to create a familiarity in line with expectation, but with its own distinctive 'Rummer' stamp on it. Andrew said, "We are not looking to entertain diners for a small portion of the evening before they catch a movie or a show. The Rummer is the show."

Centrally located within a listed building on All Saint's Road, The Rummer has always served food. However, since Andrew joined the team, the atmospheric dining room in the basement has been reopened; adding a medieval ambience to create a fine dining experience, with menus providing a modern twist on old English dishes.

To view the various menus on offer at a table in The Rummer's cellar restaurant, please visit their website at http://therummer.net/

Purchased by the current owner, Brett Hirt, in 2003, The Rummer opened its doors in time for Christmas 2005. Since then, the remaining portions of the building have been restored and re-opened. Having learned the secrets of excellent hostelry around the UK's prestigious hotel circuit, Mr. Hirt has had the cellar returned to its former dining room and bar status; driving the hotel's reputation for quality. The fine dining experience and varied spirit bar are open every evening. 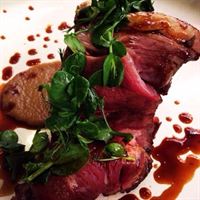