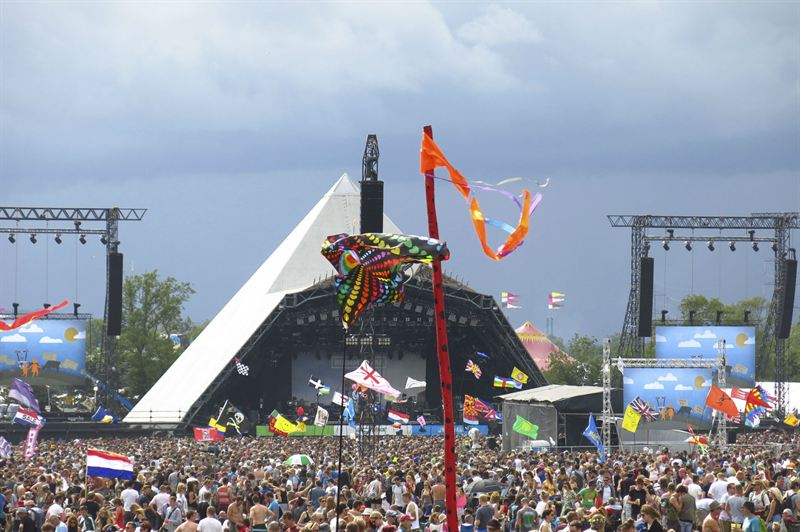 International delivery experts ParcelHero say the weather could be a bolt from the blue for festivals already hit by soaring logistics costs.

The international delivery expert ParcelHero is warning that Glastonbury and many other festivals risk being cancelled by the latest blow to hit the festival scene: an increasingly torrential summer. One festival goer has already been killed by lightning at a US music festival this year; and the huge German ‘Rock am Ring’ Festival was forced to abandon its final day earlier this month after over 70 festival goers were injured by lightning. Now the festival scene is concerned about the impact of such storms in the UK.

David Jinks, ParcelHero’s Head of Consumer Research reveals: ‘In the wet summer of 2012 57 UK festivals were cancelled by the weather, never to return. Even with insurance it’s hugely difficult to bounce back from such disasters. Since then prominent events such as The Big Chill, Sonisphere, Oxegen and Cloud 9 have also fallen silent; now the threat of lightning for a couple of days during Glastonbury adds to the risk for music lovers and the festival industry alike.

Warns David: ‘With forecasters warning of the chance of thundery showers on Saturday there is a real possibility Glastonbury may have to cancel at least part of a day because of the lightning risk. And that could prove a major blow to the event. It may be the UK’s biggest festival, with turnover of £37m: but Glastonbury sees profits of just £86,000; such are the costs of its logistics and infrastructure.’

Advises David: ‘The reason festival organisers must be so cautious about lightning storms is that many people are caught out in the open when they strike. Expert advice is to crouch down and touch as little surface of the ground as you can. By keeping low you reduce the risk of being struck; and, if you are, the theory is the lightning strike passes through your body to the ground and misses the major organs. If you saw Napalm Death at Download this year, you’ll have a pretty good idea what that feels like!  Of course the actual risk of being struck by lightning at a festival are small: the bigger risk is to festivals having to cancel events because of the perceived danger.’

Says David: ‘Even if event organisers don’t believe they should cancel, local UK authorities can intervene, just as they did at the Rock am Ring event in Germany. For example, the 2012 Bloc Festival in London was closed because the Met Police were alarmed at overcrowding, and the 2009 Big Green Gathering was controversially cancelled following discussions with Mendip District Council and the local police surrounding issues such as traffic access.’

Says David: ‘Just last week we launched our new report – Facing the Music: The Hidden Cost of Festivals -  warning 2016 could see many more festivals fail if the summer is poor. Worryingly experts are now predicting an even wetter June than that of 2012.  Festival goers survived storms at The Isle of Wight Festival and Download but already this year the Temples Festival in Bristol, Manchester’s All Today’s Parties festival, London’s Jabberwocky Festival, Forgotten Fields 2016 in Tunbridge Wells, Hevy Fest and - ironically - the H2O Festival, have all been cancelled.’

For more information on the costs and logistics of the festival industry, see: https://www.parcelhero.com/blog/press-releases/real-cost-delivering-festivals