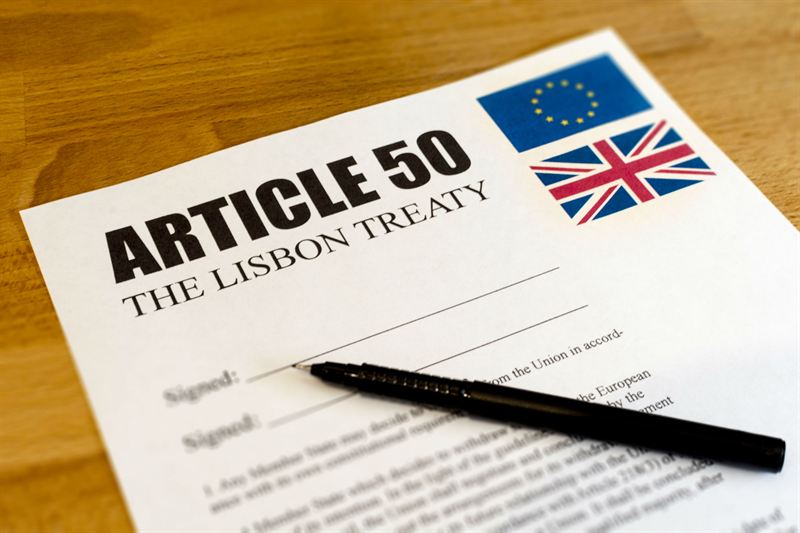 Businesses can’t afford to bury their head in the sand following the Brexit vote, warns Fastlane International. It says exporters must move away from high-volume, low margin products to avoid the impact of potential trade restrictions with the EU.

The leading global delivery company Fastlane International says that, even though the UK Government appears to be in no hurry to trigger Article 50, British businesses can’t continue as if the vote had never happened. Britain has committed to leaving the EU and, if the UK fails to achieve continued access to the single market, manufacturers and exporters must have plans in place to move their products and services upmarket; warns Fastlane’s Head of Consumer Research, David Jinks MILT.

David cautions that UK manufacturers and traders should not be lulled by the current period of ‘phoney war’. Says David: ‘Britain’s exporters know that trading with the EU could become a lot tougher shortly. UK businesses are holding their breath and hoping for the best; but they should also plan for the worst; and the imposition of duties on British goods being shipped to the EU could make sales of cheaper, high-volume products uneconomic.’

Says David: ‘Right now, it’s very easy to believe nothing will change following our divorce from the EU. In fact, exporters are enjoying more favourable trading conditions than before the vote; thanks to the low value of the pound making UK goods a bargain abroad. The Fastlane Group is currently enjoying record number of shipments to the Continent because of the success of many of our business customers; but UK companies will be in a very different place if free access to the EU market is not secured. Large, low value items, such as some car parts, will incur high transport costs and potentially steep tariffs. The best bet is to look to smaller, high value, items which are not reliant on small margins to make a profit.’

Fastlane has already seen a rise in upmarket products shipping to the EU post-Brexit. While some low value exports are down; high-end, hand-crafted products that can command greater profits are up.  Says David: ‘Since the vote we’ve shipped notably more high-quality products to the EU than previously: varying from traditional Scottish broaches, polo equipment and prom dresses; to toy soldiers, live steam garden locos, dolls house furniture and bespoke hand-made chairs. There are also some specialist industries which have niche products, for instance we have just shipped a number of fog machines for use in theatres! These are all the kind of products that will continue to make money even with increased shipping costs and duties.’

Concludes David: ‘We are not saying Britain can’t secure a good deal with the EU; just that businesses should be prepared in case there is the imposition of tariffs at EU borders. That would alter the pattern of trade with the majority of Europe. Similarly, importers who are already suffering from the low value of the pound, could also face new tariffs on EU-produced items on arrival in the UK: should our Government decide not to adopt a free trade policy. Right now it’s a case of ‘keep calm and carry on’: but UK businesses from the smallest start-up e-commerce company to the largest manufacturer need to have plans in reserve should this phoney war become a real trade war.’

For further information about exporting to the EU see: https://www.wedelivertheworld.co.uk/international-parcel-delivery/