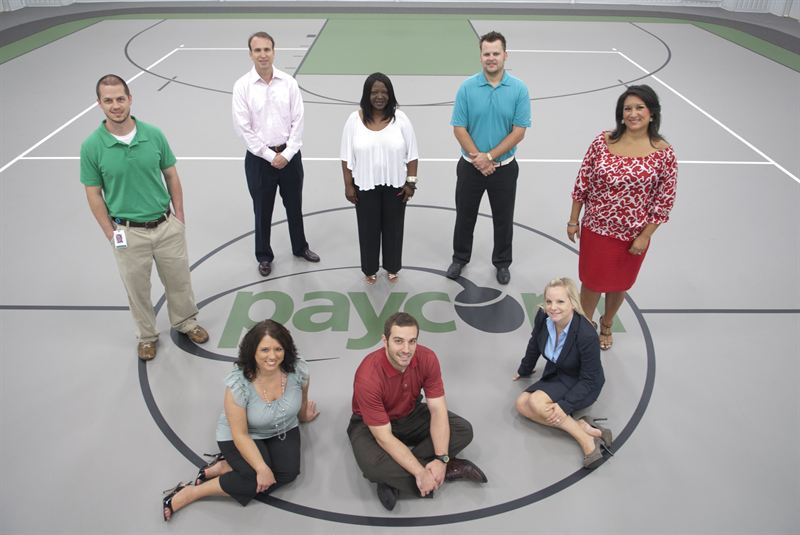 Paycom recognized for leading the way in creating American jobs.

In addition to being listed among the top 100 job creating companies in the country, Paycom – who checked in at No. 82 – was also recognized as being among the top job creators in the state of Oklahoma and the payroll and human capital industry. Headquartered in Oklahoma City, Paycom was the only Oklahoma-based company to make the list.

“Being recognized as the top job creator both in our industry and our state is an honor and is extremely gratifying as we have worked extremely hard to grow our company year-after-year,” Paycom CEO Chad Richison said. “We attribute our exceptional growth to our focus on customer service and by developing and delivering innovative solutions for the HR professional.”

Paycom created 275 jobs over a three year span and has 560-plus employees located at its headquarters and sales offices across the country. In 2011, Paycom boasted a revenue stream upwards of $100 million. Paycom processes payroll for more than 8,000 customers in all 50 states; employs over 500 workers, and continues to double revenue growth every other year. While currently hiring approximately 20 new employees each month, Paycom plans to add at least 500 jobs over the next three years. In addition to their headquarters in Oklahoma City, they also have sales offices in Atlanta, Austin, Boston, Charlotte, Chicago, Dallas, Denver, Fort Worth, Houston, Irvine, Los Angeles, Manhattan, Miami, New Jersey, Phoenix, St. Louis, Tampa, Tulsa and Washington D.C.

In the past year alone, Paycom was recognized by Inc. as one of the fastest-growing private companies in the country and in September of 2012, Paycom celebrated its 10th-consecutive year to be named to Oklahoma City’s Metro 50 list, becoming one of only three Oklahoma City companies to be a 10-year honoree. In addition, okcBiz added Paycom to the Top 30 Best Places to Work in Oklahoma.

Members of Paycom’s leadership team plan to attend the awards ceremony at the Mead Center in Washington, D.C. on Dec. 6, hosted by Inc. and Bank of America.

Oklahoma City-based Paycom pioneered the Internet payroll market in 1998 as the first 100 percent online payroll provider.  Now with a robust suite of HR tools, Paycom is the largest and fastest-growing exclusively online provider of full-service payroll in the U.S. Paycom serves customers in all 50 states from 21 offices across the country. To learn more visit www.PaycomOnline.com