Peppy Pals Beach - The children´s game where no one wins but society! 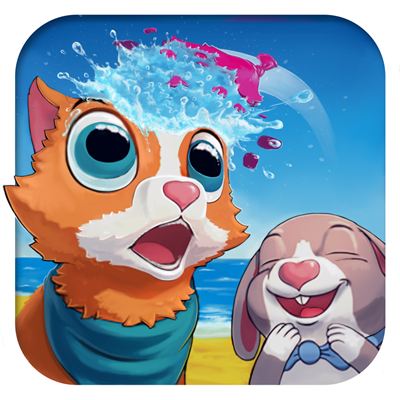 With a saturated and homogenous app market filled with lukewarm entertainment and copycats, some developers still try make a difference.

Peppy Pals wants to nurture emotional intelligence for children in our increasingly digitalized age.
The award-winning game for children ages 2-6 is about empathy, friendship and emotions as you guide a group of animal friends in their daily adventures. The second version, “Peppy Pals Beach”, will release on February 10th for iOS and February 17th for Amazon and Google Play.

“By creating a new generation of children with higher emotional intelligence we are creating a world without bullying, hatred and exclusion.” Rosie Linder, CEO of Peppy Pals

“In an early study of Peppy Pals, we saw how children would engage physically and emotionally with the game content. I believe that the game explores opportunities for learning that mostly are overlooked in computer game design." Annika Waern, Professor in Human - Computer Interaction

Want to be part of this EQ revolution and have an exclusive preview?
Please let us know if you want to be part of this great movement, as we can give you access to our new game before we release it to the public so you can write and share your review letting everyone know about what Peppy Pals Beach is all about.

About EQ
You might have heard of emotional intelligence or social and emotional learning ("EQ", "EI", or "SEL"), with research suggesting that these skills are an important factor for success and happiness, as well as reducing the chance of being bullied or bullying others. Peppy Pals aims to be a fun and natural way to explore subjects surrounding EQ. Without in-game language we reach out globally with a focus on high quality visuals and simple yet meaningful interactions. After all, emotions are universal!

About Peppy Pals
Since 2013 Peppy Pals (formerly eQidz) is a digital game studio, which focuses on combining emotional intelligence and entertainment in mobile apps and for children, with a future vision to allow parents to receive constructive insights into their children’s emotional development. With two daughters growing up in the digital era, Rosie Linder co-founded Peppy Pals with the dream to create top quality children's games that are both fun and useful. She partnered up with video game developer Talawa Games, who released the award-winning game Unmechanical in 2012.

Some of Peppy Pals achievement among others are:
-Named one of the top 3 “Hottest start-ups 2014” in Sweden by Internet World.
-Nominated to "Newcomer of the year 2014” category mobile games by Mobile Business.
-Winner of Reach For Change "Sweden's toughest competition for social entrepreneurs”.

Peppy Pals is an award-winning EdTech company developing fun, educational games and books that nurture children's Emotional Intelligence (EQ). Our games have been featured by Amazon and Google globally and have proven to be effective in both homes and schools worldwide. It is a unique way of learning and experiencing emotions, empathy, collaboration and friendship without ”right or wrong”. 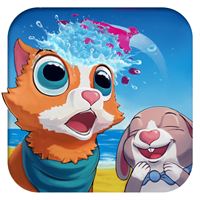 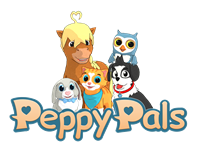