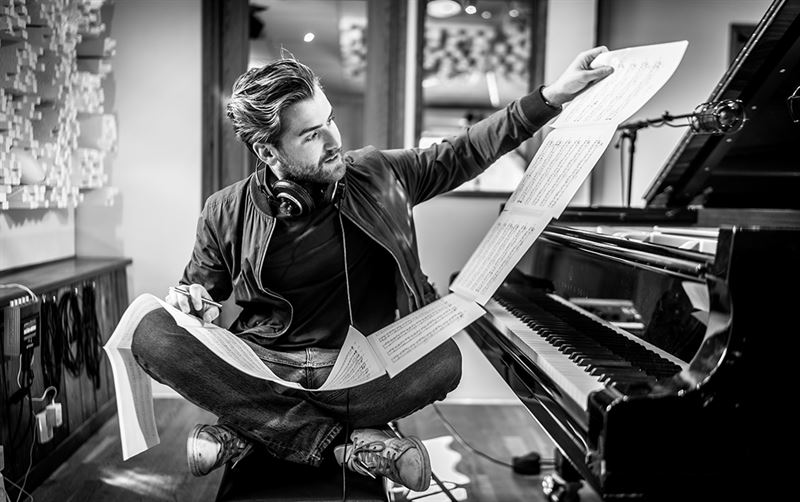 The digital platform Pindify has significantly increased its number of users since last spring. The World-renowned Swedish jazz pianist Joel Lyssarides recently joined Pindify to gather his fans and followers and build a solid community on the platform. Joel Lyssarides is performing an album release concert at Södra Teatern on the 13th of October, as a part of Stockholm Jazz Festival. The concert will be recorded and later streamed on Pindify.

Pindify is the new digital marketplace for lifestyle, entertainment, and media, where creatives, artists, and influencers can manage their content, fan relationships, and earn revenue. The earnings can be made through subscriptions, e-commerce, and built-in platform features like sponsorships, co-ownerships,and donations. Pindify, which was founded by Christoffer Wallin, was officially launched in 2018, and in Q4 of 2019, Pindify will launch on the international scene with an offensive globalmarketing campaigns in collaboration with Chimney Group and Tailify.

“Pindify is a great platform for me and my fans. On Pindify I can nurture the relationship with my most loyal fans and listeners and at the same time work with sounds and visuals,” says Joel Lyssarides, 27, jazz pianist and composer.

His performance at the Stockholm Jazz festival is also the release concert for his album “A Better Place.” This album follows his debut album “Dreamer,” which has more than 2.5 million streams on Spotify. ”A Better Place” was written in a short period of time, compared to Lyssarides’ debut album, which took much longer to produce. The concert is presented by Stockholm Jazz Festival in collaboration with Swedish Radio P2, Steinway & Sons and Pindify.

“The creative process of this album was very different from my previous one, where I could pick and choose from songs that I had had years to complete. This time the music was created during mere hours over the course of a few evenings. There is a magic in the moment when improvising that I’ve found difficult to recreate afterwards. “A Better Place” consists mostly of written down improvisations and then recorded with the trio without further processing. I think one tends to make better musical decisions on the spot, instead of at the desk where time is unlimited,” says Lyssarides.

Joel Lyssarides’ concert at Södra Teatern in Stockholm will also be recorded and broadcasted by Swedish Radio. The radio station also nominated Lyssarides for ”Musician of the Year.” The concert will be accessible on Lyssarides’ Pindify portfolio following his performances and broadcasts.

“Pindify’s versatility is a very good fit for me as an artist. I look to make myself and my profession more available to my audience,” says Joel Lyssarides.

After the performance on the 13th of October Joel Lyssarides will hold an artist talk at “Groggen” in the lobby of Södra Teatern.

Pre-listening link to ”A better place”

Pindify, founded by CEO Christoffer Wallin, and officially launched in 2018, is a digital marketplace for arts and media providers. Pindify’s marketplace is an innovative platform that allows providers of arts and media to earn revenue via subscriptions, sponsorships, donations, and fan engagement. Every provider on Pindify creates and brands their portfolio(s) where they can share and organize their free and premium content and collaborate with other providers who use the platform and gain wider exposure.  Fans of Pindify Providers gain access to exclusive offers, e-commerce,early access, and can participate in a community that values their favorite artist’s premium content. Pindify headquarters are located in Stockholm, Sweden with offices in Gothenburg, Lviv, Ukraine, and Salt Lake City, Utah, USA.