From Subsea to Life On Land 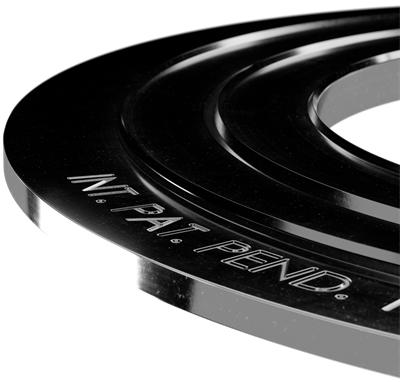 Metal-to-metal sealing technology is a technique that had previously been reserved for subsea oil and gas applications where meeting the most extreme operational criteria has always been required. Such criteria demand that any equipment, tools, and sealing technology must withstand extreme crushing depths where environmental pressures and temperatures will easily destroy any object that falls victim to their reach. However, now this revolutionary technology has made landfall and is changing the landscape of onshore operations. It has quickly begun presenting the opportunity to help resolve serious challenges such as, fugitive emission, as well as significantly reducing risk factors, and improving the bottom line of business.

The company responsible for bringing this technological evolution to land is the Norwegian based company Pipeotech AS. Adapted directly from the same subsea technology, the DeltaV-Seal offers manufacturers and production facilities alike significant enhancements in operations across a wider spectrum of function than competing spiral-wound or kammprofile gasket technologies. Difficulties associated with these older sealing technologies motivated Pipeotech engineers to take up the challenge of developing a new technology that would replace them. Some of the primary goals were to develop a gasket that would last significantly longer, exceed a gas-tight strength, and eliminate the need for maintenance. All three of these contribute to significant reductions in ecological harm, employee risk, and operating expenditures.

Typically, a gasket fails to capture much attention, because it is thought of as a small detail from a macro perspective in piping infrastructure design. Serving as a meeting point between two pipes, flanges are identified as a risk in the construction or update of any production facility. However, through the usage of spiral-wound and kammeprofile technologies, most production facilities currently anticipate or accept certain levels of leakage as normal. This approach often has gaskets being treated as a consumable. Both of these technologies offer similar lifespans and an equal amount of required maintenance while in operation. As a result, gaskets are selected as a last detail for the final facility design, with the overall emphasis being placed on gasket cost. The most effective gasket sealing technology plays a much larger role in daily operations beyond containing leaks. When either of these sealing technologies are utilized, a true gas-tight seal is never truly obtained. This leads to the possibility of leakage points which being created, posing various risks such as;

What is so special about this new technology over existing gasket technologies?

The first differentiating characteristic is the metal-to-metal design. A metal gasket offers far more flexibility in practical applications. Utilizing metal allows for a stronger seal which is more resistant to warping, however this gasket technology is not only produced in one metal material. Each gasket is produced from the metal material which matches the material of the joining flanges. This is done for multiple reasons, the first is for maintaining sealing strength through internal or external environmental temperature changes of the pipe. When metal is subjected to temperature changes it expands or contracts. These circumstances then require a gasket to both expand or contract along with the flange. Since different metal materials react differently to temperature change, producing gaskets from a matching metal material is required. This enables the gasket and flange to be matched in the rate of expansion or contraction, while maintaining maximum sealing strength.

The quality and strength of the seal was confirmed through helium tests conducted by DNV GL. Helium was used in the test because of the inherent difficulty in sealing against leaks. Leaks occur easier with Helium because the molecules are smaller than oxygen molecules, making it harder to contain in a given environment. A common example of helium’s propensity to escape can easily be observed with an ordinary birthday balloon over the time period of a few days. Regardless of whether the balloon is made of rubber or plastic, the helium molecules are able to pass through the retaining material unlike oxygen, which has larger molecules, making it more containable. The test revealed that even with surface scratches as deep as 0.3 mm, spanning across the entire raised face surface of the flange remained completely gas-tight. A technological benefit such as this presents users with the ability of prolonging the lifespan of their current piping infrastructure. This can also be applied to flanges which may have previous damage equal to or less than 0.3mm in depth.

One of the most demanding aspects in the operational lifespan of kammprofile or spiral-wound technologies is the level of required maintenance. Due to the materials used in their construction, both technologies have the propensity to degrade over time, compromising the security of a flange. However, what if these difficulties and characteristics were eliminated? The DeltaV-Seal utilizes a solid metal construction, which is water cut, and finished through a CNC machining process. By producing metal gaskets in this manner, heat is completely eliminated from the process. Although some metal products can draw strength from heat treatment, gaskets tend to get more prone to failure, as heat adversely effects the sealing properties. When utilizing metal gaskets, the governing principle should be to choose a metal which matches the flange material, as this also prevents galvanic corrosion from forming in the flange. By using a matching, metal gasket like the DeltaV-Seal, flanges remain uncontaminated of any outside material. This enables the gasket to be utilized without requiring any maintenance, including cleaning. Soft graphite seals in particular are known for leaving behind contaminated debris after they are removed. Due to the proprietary metal construction, the DeltaV-Seal never degrades or changes properties. This means not only does the gasket last significantly longer than other technologies, but it also eliminates the need to clean away material that other gasket types would leave behind.

Maintenance on one joint (the meeting point of two flanges) can cost a company many man hours in labor, reduced production, and increase risk. For any facility with hundreds or thousands of flanges, this presents significant costs. However, when this challenge is eliminated, as it is with the new technology of the DeltaV-Seal, the costs associated with unscheduled maintenance are also eliminated. This enables productivity levels to be higher and more consistent. Since this is a metal-to-metal technology, it utilizes no soft sealing material like graphite gaskets do. This means that once a facility has installed it, as long as the correct installation procedure and torque specifications are followed, the bolts will never need to be retightened. They will retain the same clamping strength until the day the gasket is replaced.

When the time comes for a scheduled flange inspection or a gasket replacement, all that is required is to open the flange, inspect as necessary and install the new gasket. This eliminates downtime and costs caused by flange cleaning. To ensure proper centering on the flange, the outer ring of the gasket serves as a guide to position itself for the correct placement on the flange face. Correct placement of a gasket on a flange is paramount for achieving maximum sealing strength.

What about safety enhancements?

Naturally one of the largest threats of any vessel, operating at sea is fire. The danger and destructive power are more fiercely fought than any other threat. However, this presents one of the key safety benefits, which the DeltaV-Seal technology has brought to on-shore operations. The significant sealing pressure combined with its machined, metal construction enables the gasket to be fire and blowout proof. In tests conducted by German based AMTEC (Advanced Measurement Messtechnischer Service GmbH) the DeltaV-Seal showed amazing resilience against the threat of being compromised by direct flame or scorching temperatures. The results of various tests showed that even after being directly exposed to flames for 30 minutes, the gasket withstood temperatures in excess 650° Celsius (1202° F) at 40 bar of pressure. This enabled the gasket to earn the API 6FB fire test approval. The API 6FB approval is an integral benefit to have for both off-shore and on-shore operations which involve engineers dealing with corrosion damaged flange faces or in challenging environments, such as highly flammable hydrocarbon containing systems. The same test results also showed that after 30 minutes of direct exposure, the gasket released only 1% of the allowed amount.

How can an unassuming piece of metal revolutionize so much? This new generation of gasket technology is transforming the opinion that industry has long since held of gasket design. No longer is a gasket just a tool in the implementation of industrial production. This is the type of technology that industry is constantly waiting on to arrive, the type that allows for big leaps forward in efficiency, productivity, and safety. This technology has transformed the gasket into a cost saver, a risk reducer, and an environmental protector. It gives equal capabilities to both big and small facilities to cut significant costs in operations and maintenance by millions of dollars over time. Taken together, these capabilities continue to demonstrate the advantage of utilizing the metal-to-metal design for countless industrial operations.

Head of Marketing,
PIPEOTECH AS, Norway 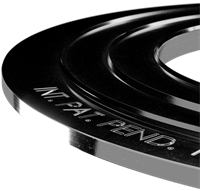