Research facility European Spallation Source (ESS), the most powerful neutron source in the world, to use DeltaV-Seal

Norway’s Pipeotech has taken gasket tightness to new microscopic levels by going atomic as it is supplying its guaranteed leak-proof DeltaV-Seal to ESS, the world’s most powerful neutron source, in Lund, Sweden.

The new research facility is one of the largest and most advanced technology infrastructure projects being built anywhere in the world today and it will enable a more powerful range of experiments using neutrons than previously possible, providing a significant step forward in the science of everyday life.

When producing neutrons for research in a spallation process, ionising radiation is generated. For this reason, safety is always the top priority at ESS, and first and foremost is to meet all the requirements and safety regulations set out by the regulatory authorities.

The incredible guaranteed tightness and durability of the DeltaV-Seal are vital components in the safe and efficient running of the key water-cooling system in the ESS target area, where the water will become activated in the neutron production process.

Ionising radiation can cause a high attrition rate in polymeric seals and the fact Pipeotech’s gasket can be made in the same stainless steel material as its surroundings negates all galvanic corrosion in such a sensitive environment.

The seal also arrives having been extensively tested and type-approved so its 10-year warranty is especially useful for ESS as it seeks to avoid disruption, downtime and costly maintenance at the facility.

Neutrons have been used in scientific studies since the 1930s as they can penetrate deeper than X-rays and can be used to analyse different structures and functions within a material at an atomic or molecular level in a ‘soft’ way, meaning samples are not altered or damaged.

This opens the door to a wide range of study areas, including in the fields of life sciences, materials science, experimental physics, nano-technology, cultural heritage and pharmaceuticals. Research using neutrons is being used today in the world to study Covid-19.

Funding of the new multi-disciplinary research facility ESS is provided by 13 member countries organised as a European Research Infrastructure Consortium, with Sweden hosting the facility and Denmark the data management centre, which is located in Copenhagen.

Hundreds of scientists from across Europe have been working in collaboration on the concept and design of the new facility. Building work in Lund began in 2014 and when the research facility starts operating in 2023 it will deliver 20 times more sensitive instrument performance on average than the current leading neutron sources.

Around two to three thousand guest scientists and researchers will carry out experiments each year using this powerful new tool to analyse basic atomic structures and forces, leading to many potential break-through discoveries.

ESS in Lund will be the world’s brightest neutron source, and is based on the most powerful linear proton accelerator ever built.

The process to generate neutrons at ESS starts in the accelerator’s ion source, where rapidly varying electromagnetic fields heat hydrogen gas to ‘boil off’ the electrons from the hydrogen molecules. Hydrogen is the simplest element of nature and consists only of protons and electrons, so when the electrons have evaporated a plasma of protons remains.

The protons are guided from the ion source into a series of various types of accelerator cavities, using magnets to steer the beam. The protons are accelerated to about 96% the speed of light using electromagnetic fields as they are directed through the 602.5-metre accelerator towards their target.

That target is a 4.9-tonne, 2.6-metre diameter rotating wheel made of 7,000 neutron-rich heavy metal tungsten bricks encased in stainless steel shielding. The high-speed protons collide with the tungsten and split the nuclei, kicking out high-energy neutrons in the process known as spallation.

Those neutrons are then slowed to the speed of sound and guided through a fan of up to 42 beam ports towards a range of 15 tailor-made instruments, where the samples to be studied are placed for data to be collected for analysis.

When the heat is on

The target area inside the monolith, which contains almost 6,000 tonnes of shielding, poses some serious engineering challenges as ionising radiation and large amounts of heat are produced when the protons collide with the wheel and split the tungsten nuclei.

The tungsten target itself is cooled using a flowing helium gas system to keep it below 500 degrees Celsius, but the stainless steel shielding and the surrounding components and instruments are also affected by heat and are required to be water cooled at between room temperature and 60 degrees Celsius.

The intention is for neutron production to run 24/7 for about 5,400 hours a year at the facility and so any unscheduled maintenance will cause significant disruption for the researchers.

It is therefore essential that the pipes carrying the water-cooling system are leak-proof and resistant, so the seals employed must display state-of-the-art tightness and be guaranteed trustworthy.

The safety and verification requirements are set out by the regulatory body, the Swedish Radiation Safety Authority, and the components and materials used at ESS have to comply with these requirements in order for the facility to get the licence to operate.

It is important for ESS to have a seal delivered that already has been tested so rigorously and comes as type-approved with verification from classification society DNV GL.

Pipeotech’s DeltaV-Seal is a solid piece of metal made in the same material as the stainless steel piping surroundings so it is immune to galvanic corrosion and can resist ionising radiation as it is non-organic, giving peace of mind when installed in a sensitive closed system.

ESS sources its seals indirectly through a supplier and has chosen Pipeotech’s DeltaV-Seal for the water-cooling system in the most challenging area for gaskets in the whole facility.

Extreme tightness, reliability and durability are all key factors in why the ESS has chosen Pipeotech. Leaks are simply not acceptable in this environment. The DeltaV-Seal can deliver such guaranteed tightness, though it may not be able to stop the news of its unique properties from disseminating out to other industries. 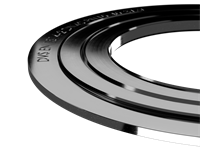 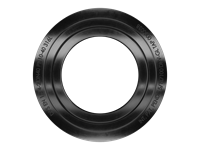