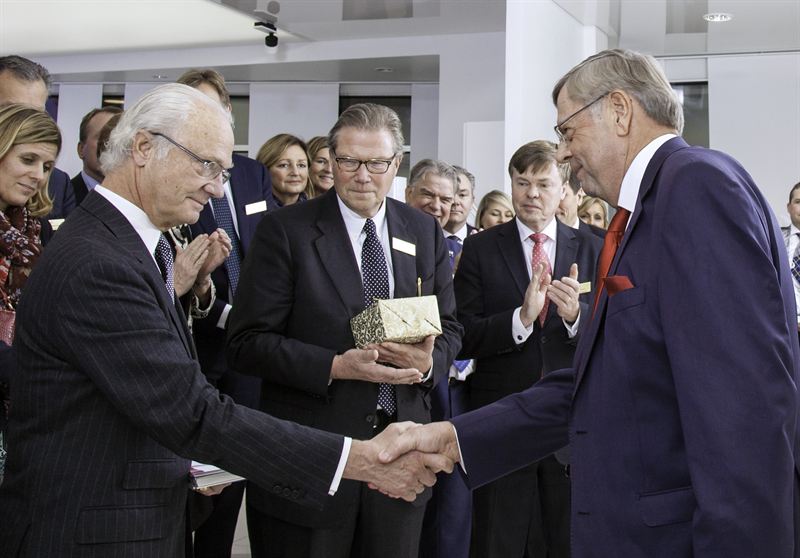 The Royal Technology Mission, with His Majesty King Carl XVI Gustaf of Sweden as its patron, visited Finnish healthcare technology manufacturer Planmeca in Helsinki on November 27th. His Majesty, along with 30 other top representatives from Sweden’s government, private sector and academia were introduced to the healthcare technology leader’s growth story and innovations.

The Royal Technology Mission is visiting Finland to become inspired by the country’s innovative companies, initiatives and growth strategies. Planmeca Oy is one of the world’s largest manufacturers of dental care technology, with an unmatched product portfolio that has placed it at the vanguard of the industry. Known for its strong commitments to research and design, Planmeca continuously collaborates with e.g. leading dental universities to elevate the standard of dental care.

“We received a unique opportunity to share our growth story with the Swedish leaders and to introduce to them our newest dental and healthcare innovations, such as combinations of patient 3D data and patient-specific 3D implants. Thanks to the emergence of 3D technologies and applications, dental care is undergoing a remarkable change”, says Tuomas Lokki, Senior Vice President of Planmeca. “A great deal has been done in Finland to promote innovation. One of our country’s main strengths is the active dialogue between companies, academia and the government. Healthcare technology has recently become Finland’s largest high tech export, and we’re proud to be forerunners in the field”, Lokki says.

The Royal Technology Mission visit is organised by IVA, The Royal Swedish Academy of Engineering Sciences. IVA has organised similar excursions around the world since 1984. In addition to Carl XVI Gustaf, the mission is formed by business executives and other influential figures from Sweden’s private and public sectors.

Planmeca Oy and Planmeca Group
Planmeca Oy is one of the world's leading dental equipment manufacturers with a product range covering digital dental units, CAD/CAM solutions, world-class 2D and 3D imaging devices and comprehensive software solutions. Headquartered in Helsinki, Finland, Planmeca’s products are distributed in over 120 countries worldwide. With a strong commitment to pioneering innovations and design, Planmeca is the largest privately held company in its field.
Planmeca Oy is part of the Finnish Planmeca Group, which operates in the field of health care technology. The Group reached a turnover of EUR 680 million in 2013 and employs over 2,600 people worldwide.
www.planmeca.com