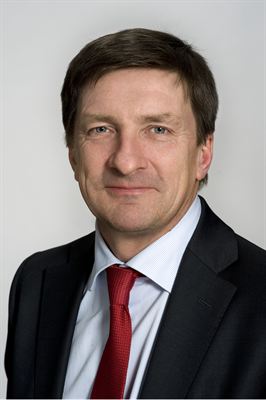 The Board of Directors of Posten Norden has appointed Lars Idermark as new President and Group CEO. Fifty-three year old Mr Idermark is currently President and CEO of the Swedish Cooperative Union (KF).

Lars Idermark will succeed Lars G. Nordström as President and CEO of Posten Norden, the Nordic communication and logistic group formed in 2009 through the merger of Post Danmark and Swedish Posten AB.

Mr Idermark is currently President and CEO of the Swedish Cooperative Union, KF. He has previously served as CEO of the Second Swedish National Pension Fund, Deputy Group CEO of the Capio healthcare group, and Deputy CEO of Föreningssparbanken (Cooperative Savings Bank) and Föreningsbanken (Cooperative Bank). Mr Idermark has an extensive background from the agricultural cooperative, where his previous positions include that of CEO of LRF Holding. He has also served as Chairman of Swedbank’s board of directors since last spring.

Lars Idermark will take up his new position after the turn of the year.

- With his extensive experience and untiring commitment, Lars G. Nordström has done a splendid job implementing the merger of two national postal groups and establishing Posten Norden while countering the effects of the economic crisis. He is stepping down in complete accordance with our previous agreement.

President and Group CEO of Posten Norden from 2011.

If you have any questions or require further information, please contact:
Posten Norden Media Relations, tel +46 8-23 10 10

Posten Norden was formed through the merger of Post Danmark A/S and Posten AB. The group offers communication and logistics solutions to, from and within the Nordic region, with sales of around SEK 45 billion and approximately 50,000 employees. Operations are run in business areas Mail Denmark, Mail Sweden, Logistics and Informationlogistics. The parent company is a Swedish public company headquartered in Solna, Sweden. Read more about Posten Norden at www.postennorden.se