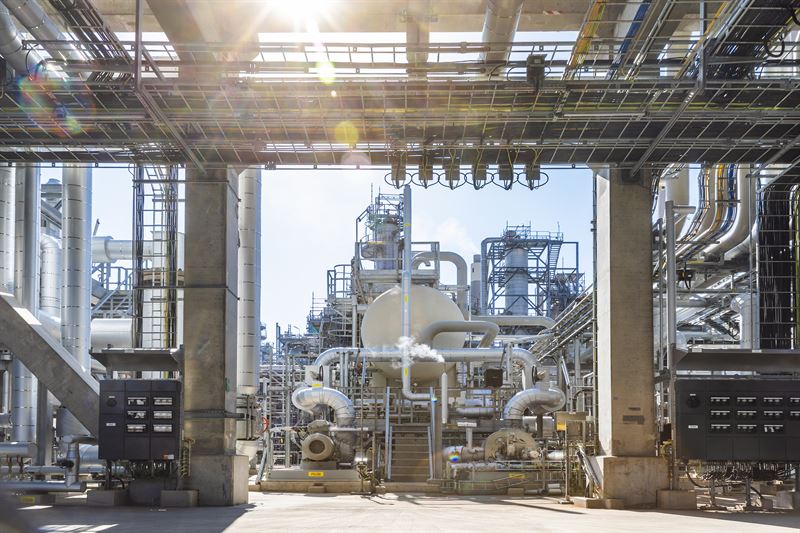 The first tests to produce renewable petrol from sawdust have just been carried out at Preem's refinery in Lysekil. Work has now started to process 50,000 tons of pyrolysis oil at the plant. The renewable raw material will be delivered from the Swedish company Pyrocell.

Extensive tests have now begun in Lysekil on the catalytic cracker, one of the refinery's largest plants, which primarily produces petrol.

The test consists of two parts, an initial smaller batch of 300 tons of pyrolysis oil, followed by a longer test operation that will process up to 50,000 tons of pyrolysis oil for two years. The raw material will be delivered from Pyrocell's new facility in Gävle. Pyrocell is jointly owned by Preem and Setra. At the plant, which will be ready during the autumn, sawdust will be processed into pyrolysis oil. The oil will then be further refined at Preem's refinery in Lysekil.

“Residual products from our Swedish forests have a unique potential to make Sweden self-sufficient in an increasing share of liquid renewable fuels in the long run instead of importing 85 percent, as we do today. This is an exciting step in our work to develop the fuel of the future,” says Peter Abrahamsson, Head of Sustainable Development.

At the beginning of 2022, the statutory mixing requirement for renewables in petrol, the so-called reduction obligation, for Sweden will increase to 7.8 percent. By 2030, carbon dioxide emissions from petrol will have decreased by 28 percent.

“This means that Preem's production of renewable petrol is an important piece of the puzzle that Sweden must solve to achieve the climate goals. Our long-term goal is to produce approximately 5 million cubic meters of renewable fuels by 2030, which means that we can reduce carbon dioxide emissions by 12.5 million tons, corresponding to 20 percent of Sweden's total emissions,” concludes Peter Abrahamsson.

PREEM is Sweden’s largest fuel company. Our vision is to lead the transition toward a sustainable society. By 2030, Preem will produce 5 million cubic meters of renewable fuels, and to achieve climate neutrality by 2045. Preem’s two refineries are among the most modern and environmentally friendly in Europe with a refining capacity of over 18 million cubic meters per year. Our business includes production, sales, distribution, as well as trading and the sale of goods. We refine and sell fuel, heating and lubricating oil as well as other products to companies and individuals. Most of our products, almost 80 percent, are exported to the international market, mainly to northwestern Europe. We have a nationwide service network with 570 filling stations for private and commercial traffic. Preem AB has just over 1,500 employees, of which 950 work at our refineries. In 2020, Preem’s turnover was SEK 68.2 billion.