The large-scale conversion of Preem’s refinery in Lysekil begins 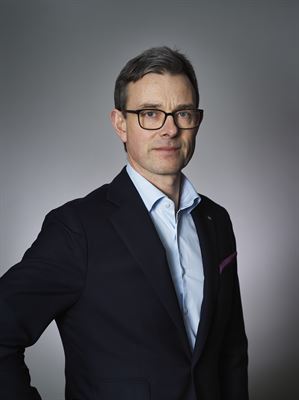 The conversion of Preem’s refinery in Lysekil has begun. In the latest update to the refinery’s environmental permit, Preem will apply to establish the capacity for the large-scale production of renewable fuels at the refinery, which is estimated to reduce climate emissions by up to 1.7 million tons annually.

Preem has launched a new project to rebuild the Lysekil refinery to become Scandinavia’s largest producer of renewable fuels.

In an initial phase, Preem plans to carry out a redevelopment of the existing Synsat plant, which today produces environmental class 1 diesel. The redevelopment of the Synsat plant will increase Preem’s renewable diesel production by 650,000-950,000 cubic meters annually, which is as much as two to three times higher than today’s renewable production capacity at Preem’s refinery in Gothenburg.

“Preem’s main priority is to begin large-scale renewable production at the refinery in Lysekil and we are pleased to announce that we will now take the first, big step in the refinery's renewable conversion,” says Magnus Heimburg, CEO at Preem.

The increased renewable production will play a central role in helping Sweden to achieve its climate targets. The conversion is estimated to reduce emissions throughout the value chain by between 1.2–1.7 million tons of carbon dioxide each year, of which the largest reduction will take place in road traffic.

When the conversion is completed, the plant will have the capacity to process up to 40 percent renewable raw materials, with the ambition to reach higher levels in the long term. The project will also mean that the corresponding amount of fossil raw material will be phased out of the Synsat plant.

“Focusing on renewable fuels is a cornerstone of Preem’s overall and long-term business strategy,” says Heimburg. “The project is a central part of Preem’s goal to become the world’s first climate-neutral petroleum and biofuel company throughout the entire value chain by 2045, while maintaining our competitiveness.”

An application to change the existing environmental permit is planned to be submitted before the end of the year. Investment decisions are planned for the summer of 2021. The plant is expected to be operational by 2024 at the latest.