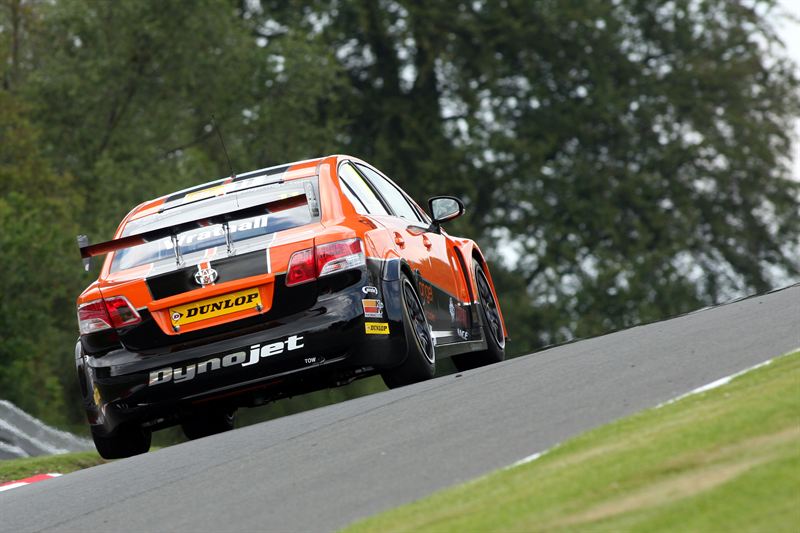 OXFORD – The use of a Zircotec ceramic coating in Team Dynojet’s British Touring Car Championship Toyota Avensis has enabled its engineers to solve underbonnet heat issues and improve performance and reliability to deliver a string of podiums. Race engine developers X CTech R have selected Zircotec’s ThermoHold® based thermal barrier to deliver close to a 37 percent drop in underbonnet temperatures notably protecting the gearbox from the effects of heat. By solving the heat issues, the team has been able to focus on other areas of performance of the car, resulting in three podiums in the last two meetings.

New for 2011, the NGTC-spec Avensis uses a road-derived Toyota 2000 cc engine. Modifications by the engine developer X CTech R push output from 140bhp to around 300bhp, requiring careful packaging and heat management to increase reliability. “The Toyota 3ZR engine is a lightweight, compact package which we have optimised to ensure delivery of the required performance and durability,” says X CTech R technical director Mark Faulkner. Crucial to this was the introduction mid way through the season of Zircotec’s thermal barrier coating. “Our lightweight and very thin coating provides excellent thermal protection even in tight packaging spaces such as a touring car engine bay,” adds Zircotec’s sales director Peter Whyman.

The ceramic coating was assessed on the engine dyno and also in the car with back to back comparisons showing that performance gains were also achieved. “On the dyno the ceramic coated exhaust gave an improvement in turbocharger response, as more energy was retained within the exhaust rather than radiated as heat,” adds Faulkner. “In vehicle, a significant reduction in underbonnet temperatures was achieved with the Zircotec coated exhaust. This contributes to reduced air intake temperatures, releasing more power.”

With this specification of engine to be adopted by all BTCC runners in 2013, Zircotec is hopeful its coatings will become as widespread in touring cars as they are in Formula One, where nearly all the teams use its coatings technology to solve heat, reliability and performance issues.

Zircotec www.zircotec.com offers a wide range of plasma sprayed ceramic and metallic coatings that protect components against the effects of heat, wear, abrasion and corrosion. Lightweight and easily packaged, Zircotec’s technologies can be applied to a broad range of different materials including metals and composites. Proven in F1 and the nuclear industry, the technology is now trusted by car manufacturers, industrial users, car enthusiasts and an increasing range of other applications to effectively manage heat and wear, enhancing performance and reliability. ZircoFlex™ offers for the first time, a truly flexible ceramic coating whilst the newest development is Liquid Black™, a gloss, enamel-like heat resistant finish. 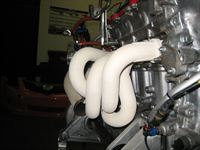