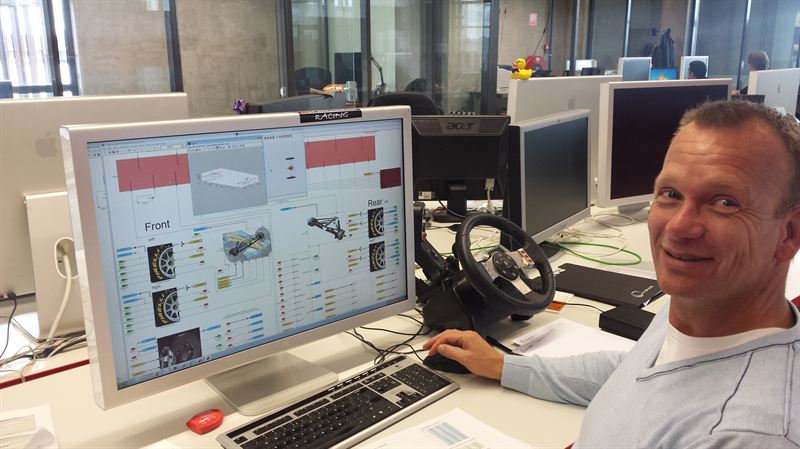 This includes Cruden’s flexible, in-house developed motorsport vehicle model (CVSM); details of how simulation engineers can seamlessly integrate their own vehicle models with, and customize the motion of, a Cruden simulator; and information on tracks and content.  Cruden will show its new, standalone SISTer (Server for Interaction with Surfaces & Terrains) software, which enhances tire models by accessing multipoint 3D scanned surface data. Cruden will also demonstrate its Telemetry Analyzer and simulator Set-Up Tool functions.

“As a provider and integrator of all modular elements of the simulator package, Cruden is ideally placed to advise the industry on the latest technology advances and their integration, whether for new or existing simulator projects. All our hardware and software, from top platform design and projection systems to track-building and artificial intelligence, is designed to have race teams and motorsport engineering houses up and running quickly and easily. Thanks to increases in computational power and new developments being driven by the automotive industry, simulators are increasing in realism all the time. This is a good time in particular for race teams to evaluate new software add-ons, such as our SISTer application, available to them,” says Frank Kalff, Cruden’s commercial director.

Motorsport engineers are invited to meet with Edwin de Vries and Martijn de Mooij on the Cruden stand. De Vries is a senior modelling and simulation engineer who is widely recognised for his PhD research on model-based brake control including tire behaviour. As technical development manager, Martijn de Mooij has been responsible for project managing many of Cruden’s more than one hundred simulator installations over the past ten years.

Cruden is the world’s leading designer and manufacturer of professional, driver-in-the-loop (DIL) driving simulators, simulator components and software, serving the automotive, motorsport, marine and attractions industries.  The company’s complete simulator packages interface with SIMULINK-based customer vehicle models and include on- and off-board projection systems. Cruden also produces vehicle, road/track and tire models in-house. Cruden’s heritage is in the development of professional simulators for the aerospace, marine and automotive industries. Originating from Fokker Aircraft Company in the late 1990s, the company was called FCS Racing Simulation before becoming Cruden in 2006. www.cruden.com