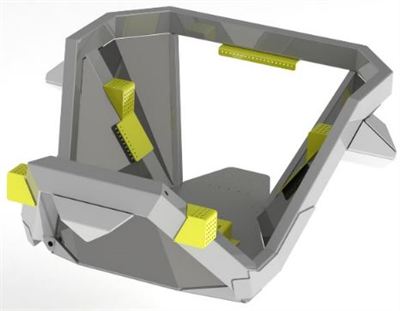 Cruden’s newly designed top frame provides a flexible “blank slate” for automotive engineers to design their own driver interface structure and quickly switch hardware according to their testing needs.

Cruden, the world’s leading designer, manufacturer and integrator of professional open architecture driving simulators has redesigned its simulator top frame to allow automotive engineers to design and modify their own driver interface structure and make hardware changes themselves. This is in response to evolving applications for driving simulators where there are rapidly changing requirements for layout and components, such as the testing of advanced driver assistance systems (ADAS) and autonomous vehicles (AV).

The new, stiffer and stronger frame preserves the driver’s recessed position within the motion base while maximizing the functional workspace. The seating position provides easier access, lower overall height and more motion realism than a car mock-up mounted on top of the motion base, although this option can still be pursued as per the customer’s preference.

The new sub-frame can be used with an off-board screen and projectors or with 3 x 42” Cruden vibration isolated on-board screens. It offers easier driver entry, without the need for a moving access bridge due to the off-set parking position of the motion base. Engineers can switch between entirely different car frames and components themselves. The new simulator design complies with all necessary directives and regulations and has CE marking.

The frame has pre-defined (or custom) mounting interfaces that allow for customers to bolt on specific interior parts such as seats, steering wheels, pedals and partial dashboards, or even A pillars and three-point seatbelts, while maintaining overall structural integrity.

Maarten van Donselaar, CEO of Cruden says, “The pace at which automotive OEMs and suppliers need to develop ADAS and highly innovative HMI and entertainment systems has resulted in a new playing field for driving simulators. We want to give our customers the total freedom to design their own simulator from the top frame up. Of course, if the customer prefers, Cruden can design and supply all the driver interface equipment, based on our experience from many years of collaboration with automotive OEMs. Designed as a departmental engineering tool for OEMs and suppliers, our new, compact A406 and A646 series of automotive simulators build on and supersede the previous design of which more than 50 units have been installed since 2005.”

About Cruden
Cruden is the world’s leading designer, manufacturer and integrator of open architecture driving simulators for the automotive, motorsport and marine industries. The company supplies flexible, durable, high performing simulators and their modular components: hardware, software, vehicle models, content and screens and projectors. Originating from Fokker Aircraft Company in the late 1990s, Amsterdam-based Cruden was formed in 2004. The company launched its open architecture Panthera software suite as a standalone application in 2015. www.cruden.com 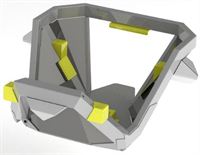 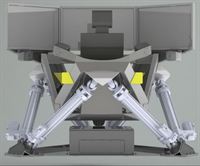 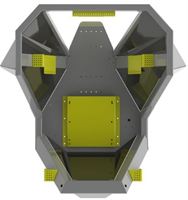