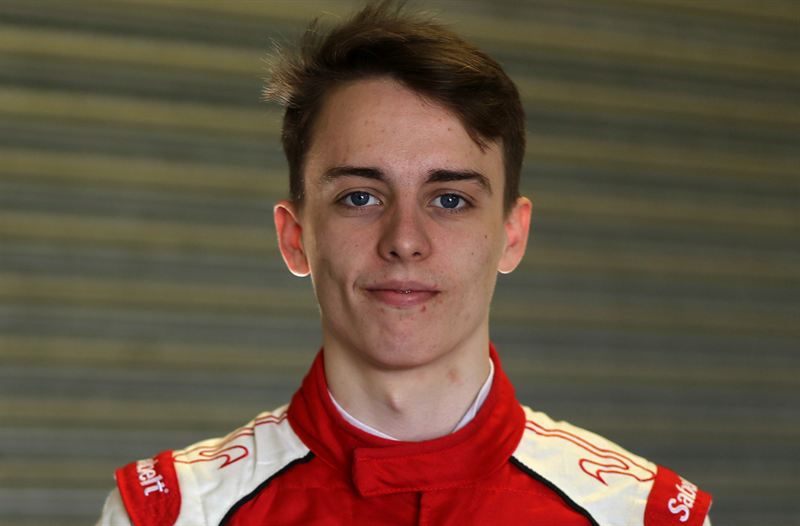 BRDC F4 Champion Hughes will drive for Strakka’s FR2.0 debut at the Hungaroring.

BRDC F4 Champion and latest BMW Junior driver Jake Hughes will drive Strakka Racing’s new Formula Renault 2.0 cars at the team’s debut in the Hungary Eurocup round on the 11th/12thSeptember.

Hungary marks the start of Strakka Racing’s increased presence in the World Series by Renault meetings after the Silverstone-based team committed to fielding a pair of cars in both FR2.0 alongside the existing FR3.5 combination of Matias Laine and Will Stevens. “Strakka needs no introduction to young single-seater drivers and it’s been brilliant to be in at the beginning of the 2.0 campaign,” says Hughes.  “We’ve done some productive testing, the atmosphere in the team is mint and I’m really looking forward to seeing what happens in Hungary.””

“Strakka Racing has entered the final rounds of the Eurocup as a wildcard entry ahead of a full season in 2015,” says team principal Dan Walmsley. “Having Jake in the car brings valuable and current experience in these cars. We know the tracks and but we don’t under estimate that this is a category where we have some learning to do. Jake’s input will be a real advantage as we ramp up to 2015.”

Preparations for 2015 are well underway with Strakka Racing’s in house simulator now running a FR2.0 model and the team confirming it would have a third chassis available should drivers wish to look at taking in Formula Renault races in NEC or any new UK series. “We have the capacity to run the cars if the drivers want to do it,” adds Walmsley.

From early domestic campaigns with BMWs and Aston Martins, Strakka Racing has evolved to become one of the most respected and successful privateer teams in the World Endurance Championship.  In 2010 the Silverstone-based team achieved a class win, five circuit records and fifth overall in the iconic Le Mans 24 Hours. Ever developing, in 2013 Strakka Racing entered the Formula Renault 3.5 litre World Series single seater championship, regarded as one of the best training grounds before F1. In 2014 Strakka Racing joins forces with esteemed Japanese chassis manufacturer DOME to develop, market and race the Strakka DOME S103 LMP2 chassis. Alongside the racing teams, it also runs Strakka Performance, providing professional racing drivers with bespoke programmes aimed at enhancing their on-track performance. Unlike many training regimes, Strakka Performance goes beyond the gym with dedicated track time and coaching in World Series by Renault cars. It has also created Zanardi Strakka Kart racing team and a Formula Renault 2.0 team, putting in place the building blocks to enable racing drivers to develop and refine their skills right from the start of their career with a support infrastructure that goes beyond any typical racing team.