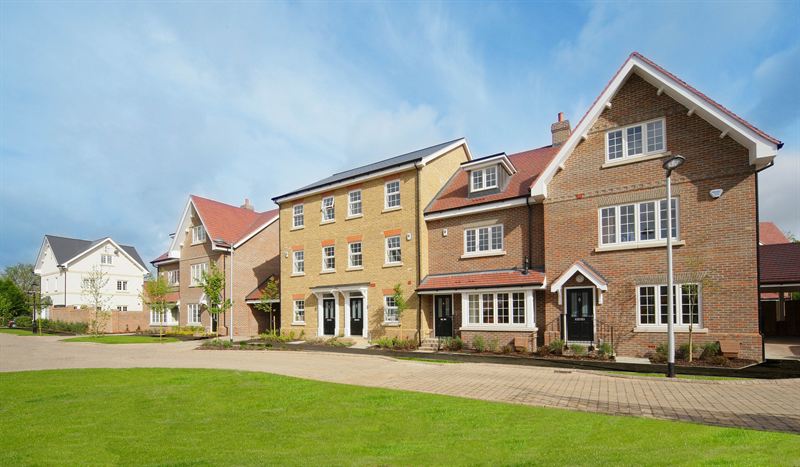 Following the fantastic success of the first phase of homes at Cedars Park - the new development by Shanly Homes, which sits alongside Maidenhead’s future Waterways Scheme - a new collection of 17, three and four-bedroom houses launched for sale with prices starting from just £499,500.

Previously the site of a derelict office building, Shanly Homes has transformed Cedars Park into a fabulous development of 32 family homes, in response to the growing demand in the area.

The showhome is open daily, with the sales team on hand to offer advice and show prospective buyers around the stunning new showhome.

Nigel Sawers, sales and marketing director for Shanly Homes (Thames Valley) said: “We are thrilled to start the summer with the launch of this new phase. These new homes take advantage of an excellent location in central Maidenhead and will add to a new community growing at Cedars Park.”

The houses are built to a fantastic standard with a high specification. The rooms feature large windows, as well as glazed patio doors on the ground floor, creating a light and airy feel to the rooms. Each home features a separate kitchen or kitchen/dining room in addition to the generously sized living area. In both the two-storey and three-storey houses, the master bedroom has an en suite, in addition to the main family bathroom.

Maidenhead is a great choice of area for families; there is a good selection of schools suiting all ages situated nearby the development and Maidenhead’s Nicholson’s Shopping Centre is home to many high street retail and restaurant favourites. The town also benefits from regular markets - the Farmer’s Market once a month, which boasts a grand selection of locally grown and sourced produce and the weekly Covered Market.

Living at Cedars Park, residents are less than a 10 minute drive away from the M4 motorway, which connects London with South Wales, passing via Heathrow Airport, Reading and Bristol.

Maidenhead train station is under a 15-minute walk away from Cedars Park, where direct services to London Paddington take as little as 25 minutes at peak times. There are also direct services to Reading, Windsor, Henley-On-Thames and Oxford.

Transport links in Maidenhead are about to get even better with the completion of the Crossrail project in 2019. The new rail line will link Maidenhead with Heathrow Airport as well as other areas of London, such as Ealing Broadway, Tottenham Court Road, Liverpool Street, Canary Wharf and Stratford. Maidenhead house prices are predicted to soar with the new line becoming commuter gold.

For more information on the new phase at Cedars Park or on other Shanly Homes developments, please call 07587 415 328 or visit the website: www.shanlyhomes.com.

Shanly Homes is a well-established, independent property development company, which specialises in delivering high quality homes in desirable locations in the South East of England.

The company has three divisions, Thames Valley, Southern and North London, which operate throughout the Home Counties of Berkshire, Buckinghamshire, Oxfordshire, Hertfordshire, Surrey, Hampshire and Kent as well as in the areas in and around the M25 including Greater London and Middlesex.

Since its inception in 1969 by founder Michael Shanly, the Shanly Group has built over 1,000 developments and has developed a solid reputation for its quality of architectural design and construction.

The Shanly Group has a long history of supporting charitable causes, primarily within the Home Counties. In 1997 this was formalised through the creation of The Michael Shanly Charitable Trust. In 2012 this became The Shanly Foundation, which now donates over £1 million annually to a wide diversity of projects from youth clubs and schools to community events and centres for adults with disabilities. In addition, The Shanly Group supports the work of The Woodland Trust. 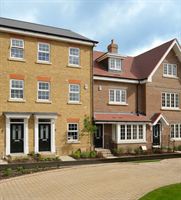