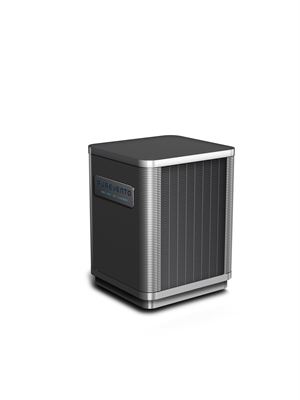 Trittau, 8 October 2019: In many major cities, the air is so bad that it poses an increased risk of related illnesses for people if it is left unfiltered. Air filtration systems can significantly improve the quality of urban life. Retrofitting of filter systems in existing building services systems of schools or hotels is often difficult. It is expensive and technically complicated. Purevento, the developer of urban air purification systems offers a clever solution to this issue: the Purevento Mono-Unit.

Due to high demand, the management of Purevento GmbH has decided to offer smaller models in addition to the already existing urban air purifier. ‘The high demand confirms that here is a considerable need for modular air purifiers for indoor applications,’ explains Robert Krüger, CEO of Purevento GmbH. ‘Our team has developed three models with very compact dimensions,’ says Krüger.

The application areas vary depending on the model: Based on the compact model M-20, which is designed for indoor use such as hotel lobbies or terraces, the M-27 and M-30 air purifiers are designed to clean smaller public spaces such as schoolyards. For larger rooms or areas multiple air purifiers can also be combined. In order to ensure optimum air quality in every case, Purevento provides simulations for every application to interested parties. The compact dimensions of the air filtration systems allow them to be individually configured and adapted to the respective environment: for almost invisible use in hotels or corporate headquarters, as an advertising medium in public spaces, or the deluxe model for integration into residential living spaces. And always very quiet. ‘This is how we make good air in living spaces possible with a device that is hardly noticeable visually or acoustically,’ says Andreas Hildebrandt, urban air purifier project manager at Purevento GmbH.

The system sucks in the polluted air right in front of the unit and moves it through the first purification level where it gets rid of approximately 80-90% of the fine particles. This pre-purified air is passed through a second filtration level where up to 85% of the gaseous pollutants (including nitrogen oxides and ozone) are filtered out and then returned into the environment. The intake system has a specially designed engine, which is very powerful despite low energy consumption. As soon as the saturation limit of the filter media has been reached, they are replaced on site and then incinerated together with the pollutants in an environmentally friendly manner at high temperatures (at specific disposal companies) without leaving any residue. The urban air purifiers are also designed to monitor themselves: A sensor system constantly monitors the air quality at various points so that the integrated control software can adjust the cleaning performance of the units accordingly.

Three models of the Mono-Unit are planned for series production. The most powerful model reaches air purification rates of up to 30,000 m3/h.

The models at a glance:

All compact cleaners operate with an external power supply. The configuration of the filter media inside the unit enables the particularly compact external dimensions of this model. The purifiers are mobile, which means that they can be easily moved around at any time.

For more information and technical specifications please go to

Video about the operating principle at

Purevento is a self-financed sister company of trittec AG from Trittau in Southern Schleswig-Holstein, which was founded in 2003. The urban air purifier is designed to remove highly problematic particulate matter contamination, ozone and nitrogen oxides from urban air near traffic. It can also be used for air purification in heavily polluted sensitive outdoor areas, such as schools and daycare centres. The first series products will be delivered this year. The inventions and designs for the air purifier have been patented worldwide. Robert Krüger is the CEO of Purevento GmbH.

For more information about the products please go to www.purevento.com. 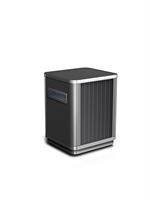